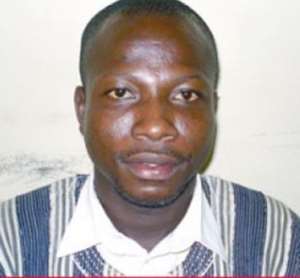 The political movement, Let My Vote Count, is in the news again this time deriding government's attempt at floating a rival group to embarrass them and cow them from continuing with their campaign to let their votes be counted.

Speaking to DAILY GUIDE, the Convener of the movement, James Kwabena Bomfeh aka Kabila said 'we have learnt with interest developments that the temporary NDC government, pending the Supreme Court decision, is to organize a group to embark on a dirty campaign to let their rigged votes stand.'

Criticizing the alleged efforts of government he asked 'what is there to fear if they so believe their votes were truly what we see today?' adding that 'we in the Let My Vote Count believe that the 2012 elections and the votes thereof is a classic case of adverse elections where the outcome fails to reflect the true wishes and aspirations of the people or electorate, hence the pensive mood Ghana finds itself in.'

Religious leaders and others, he noted, are busy on their knees praying and traditional leaders also invoking the spirit of their ancestors all in a bid to let tranquility prevail in a politically-troubled country.

The objectives of the movement, he said, are two-tier, seeking justice and effecting electoral reforms.

He challenged the organizers of the splinter grouping to tell Ghanaians their objectives, emphasizing that 'we wish to assure Ghanaians that we are law-abiding citizens and would act according to law.

We wish to sound a note of warning that no amount of police threats or surrogate organizations from the NDC can cow us into silence or the abandonment of our project.

We bear no worry because we come with truth and that darkness can never overcome light. Aluta continua victora acerta.'

The movement has already made a date with the Police having been invited to write statements, which is mired in controversy.

While the leaders of the movement denied the arrest story bandied by the police, the latter announced that the suspects were on bail.

Last week, a failed Council of State Member in the Ashanti Region, was fuming over his defeat and vowed not to spearhead a planned formation of a counter group to challenge, Let My Vote Count Alliance.

Abraham Agyemang Boadi, popularly known as Zuba, was defeated by Tuasehene, Nana Asiamah Poku Afrifa in the Council of State election held on Wednesday but he claimed the elections were fraught with vote buying.

According to him, the Ashanti Regional NDC executives sold their conscience and must be ready to face the consequences.

'I am very disappointed, especially having gone round to talk to those who are my party people and…the fact that GHC400 could buy their conscience…' Zuba said.

He promised that they would all reap the benefits of the vote buying.

'I am okay. As I speak today, they are asking me to form a group and I have been asked to develop a script on a project, Let My Vote Stand to counter the Let My Vote Count campaign the NPP is waging.

I am not a fool. They should let the Tuasehene to develop the script and go on the street and fight for the NDC,' Zuba told Joy FM.