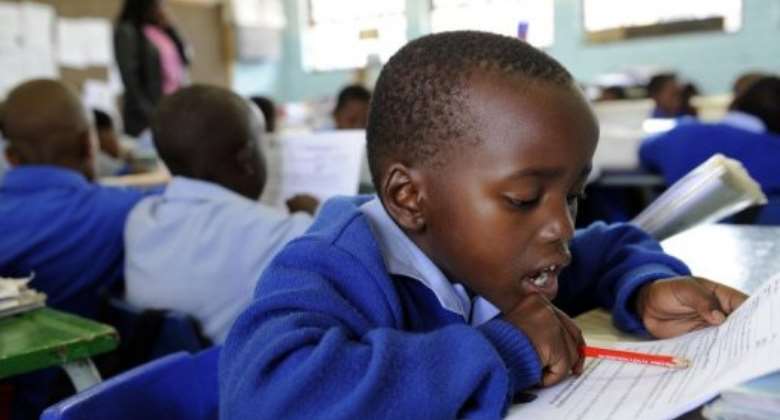 A South African boy studies in school in Soweto on November 3, 2009. By Stephane de Sakutin AFPFile

"Just like in factories, teachers have to (scan their fingerprints) when they report for duty," local media on Monday quoted Basic Education Minister Angie Motshekga as saying.

The announcement comes after politicians visiting schools at the start of the new school year last month noticed that a large number of teachers were absent.

"There were 1,000 absent teachers in 451 schools visited in one day," Motshekga said, adding most of the teachers in question were school principals.

The new system will allow authorities to track teachers' movements and aims to root out bunking.

Despite receiving a large chunk of the national budget, South Africa's public education system is in a state of perennial crisis.

According to a report by the World Economic Forum last year, South Africa ranks 132th out of 144 countries for the quality of its teaching.

The government has floated the idea of making teaching an essential service, effectively making strikes illegal, but would face stiff opposition from unionists within the ruling ANC coalition.

Court adjourns case between Asanko Gold and GMWU to June 1 o...
18 minutes ago