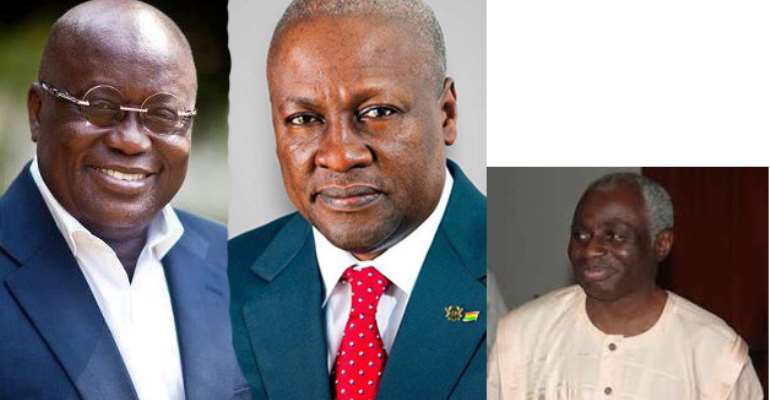 Who Will Laugh At Long Last?

It is said that President Mahama and Tsikata are seriously roaming about in UK looking for ghost votes (names of Ghanaian people abroad) for Kwadwo Afari Gyan to Polish the case on his neck at the Supreme Court, being accused for assisting the NDC to rig the 2012 Elections.

According to the current information President Mahama, Tsatsu Tsikata (counsel for the National Democratic Congress) and one Dr. Henry Mackie, the Chief Executive of Progressive Data Services Limited have met in London on a secret meeting to find means to support the Electoral Commission (Kwadwo Afari Gyan) with ghost names of 241,000 Ghanaians who were said to have registered and voted from abroad.

They are said to have hired the services of Henry Mackie, CEO of Progressive Data Services Limited, to forgery and create fictitious names and addresses of many Ghanaian people as possible living abroad.

All because the chairman of the EC, Kwadwo Afari Gyan has to provide the Supreme Court this information for the petitioners (NPP) who have brought a case before the Supreme Court challenging Afari Gyan's output of the 2012 General Elections, which declared Mahama as the winner.

Sources said, a Ghanaian waiter who served at the Restaurant where the 3 musketeers (Mahama, Tsikata and Mackie) met said, Mahama and Tsikata were very serious and anxious through out their meeting pleading with the British, Henry Mackie to help them else they were uncovered and deeply sunk.