Six-five outboard motors supplied to fishermen in Winneba in 2012 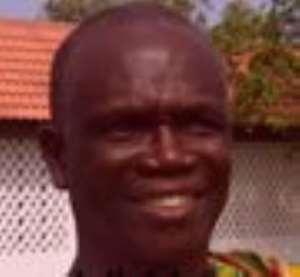 Winneba, Feb. 8, GNA - The Effutu Municipal Chief Executive Nii Ephraim has said about 65 outboard motors were supplied to fishermen in the municipality at discount price by the government in 2012.

The Chief Executive said this at a day workshop for stakeholders in agriculture in the area, under theme 'the decentralisation concept, its implications for agriculture development in Effutu Municipality'.  It was organised by the Municipal Directorate of the Ministry of Agriculture.

Nii Ephraim said one outboard motor cost GH¢ 84,000 in the open market during the year under review but was sold to the farmers at GHÈ¼ 49,000.

The Member of Parliament for Effutu, Mr Alexander Markin, commended organises of the programme and hoped such meeting will be held annually to address issues confronting the sector.

He said, he will use part of his share of the common fund to support people in the agriculture as well as other areas of development adding that it is about time people change their attitude towards innovations to better their lots.