TMA To Set Up Sanitation Court 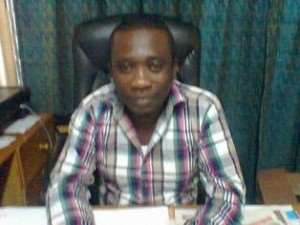 Plans are far advanced for the Tema Metropolitan Assembly (TMA) to establish a sanitation court to help deal with sanitation issues affecting the development of the Metropolis for some years now.

The court is expected to commence operation by the end of the second quarter of the year. This was disclosed by Hon. Romeo Akahoho, Presiding Member (PM) of the Assembly in an exclusive interview with The Chronicle at his office last Wednesday.

He revealed that a Committee had been established some months ago to start work on the intended setting up of the court adding that the TMA legal officer, Mr. Avenogbo has been co-opted to join the Finance & Administration (F&A) sub-committee to help to work on the issue.

The mandate of the Committee includes; how to establish the sanitation court, who should be the judge, his or her remuneration or working conditions among others, as it is the Assembly which would be responsible for all such matters.

He noted that the laws on environmental issues had already been enacted and that the problem has always been its enforcement.

'We are looking at locating this court within the premises of the Assembly. In fact, it has been in our books for a very long time now and I think this is the time for us to make it a reality', he explained. Hon. Akahoho continued that the Assembly has been able to build a new court for the judiciary in Tema and therefore sees no reason why it cannot build one for itself.

'We have the old Assembly hall which is currently being used as venue for marriage ceremonies, and I think we can convert the place into the court.

'The F&A Committee of the Assembly has been meeting on the issue for some time now. We don't have to put up a new structure. At the moment what we need is to begin the process of acquiring the permit', he said.

The TMA PM noted that by the end of this month, the F&A Committee members would be meeting, saying the Committee should be able to brief the House on the way forward as far as this project is concerned.

He stressed that very soon the rain is going to start 'and we are going to have problems with cholera outbreak especially in areas such as Tema Manhean, Adjei-Kojo among others and so we have to enforce the law.'

He revealed that TMA environmental officers are in town educating the residents on the issue. 'We have written to some radio stations around us including Obonu FM, Meridian FM and Sena Radio to give us some airtime to help educate the residents within the Metropolis'.

The man who doubles as the Assembly member for Adjei-Kojo said another major challenge confronting the Assembly was development control, saying 'If you go to the market you will see that people have built on some water hydrants. We are also going to give 'remove' notice to those who are selling on our pavement.'

'We are going to clear them now and pave all those places, because we are going to do on-street parking this year and in fact very soon. This will help us generate more revenue for the Assembly.

'We have already met the market women to discuss the issue with them, because most of them have shelves in the market but have decided to operate on the pavement.