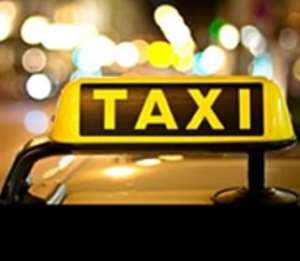 Some transport operators at Kejetia and other parts of the central business of Kumasi, capital of the Ashanti Region, are accusing police and city guards of unfair treatment.

The say the security personnel connive with non-union drivers to park and pick passengers at unauthorized places.

The leadership of the Ghana Private Road Transport Union and the Progressive Transport Owners Association say the situation is greatly stifling business.

They want city authorities to urgently take steps to address the problem, to justify the levies registered unions pay to the metropolitan assembly.

The activities of non-union drivers, commonly called “Waawaa'', have become a threat to the smooth operation of the transport unions in the metropolis.

Beside exposing passengers to all forms of risk and causing traffic congestion, thieves and other criminals take advantage to perpetrate their illegalities.

Union executives at Dunkirk and other Lorry Stations in the metropolis say city authorities should be blamed for the uncontrollable canker.

Some executive members and drivers who registered their displeasure to Nhyira News during our visit to the area said they will be compelled to involve themselves in the lawless act, if authorities fail to address it.

However, Transports Officer for the Kumasi Metropolitan Assembly, Akwasi Wereko Brobbey admits the challenge but says the situation needs a holistic approach to tackle it.

Mr. Brobbey says city authorities are scheduled to meet next week to find a lasting solution to the concerns.

He called on the public to mount the courage and report any security guards found extorting money from drivers to flout the city by-laws.