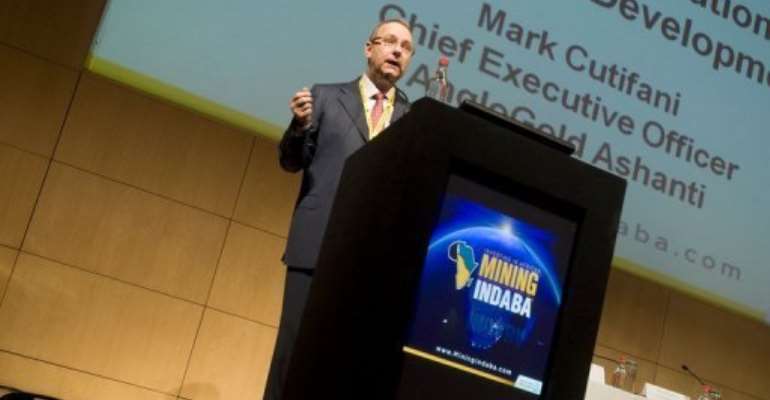 Mark Cutifani said threats to the mining giant's operating license, made by the minister of mines after Anglo announced 14,000 job cuts were "out of order."

"I hope after the hue and cry from investors all around the world... we've all learned the lesson that we shouldn't be threatening licences."

The outgoing AngloGold Ashanti chief insisted that strike-hit mining companies were trying to stay alive and make sure they have "an operation that will last."

Anglo's platinum division, known as Amplats, announced the cuts last month amid plans to close four shafts and sell one mine.

This week it posted a nearly 1.5 billion rand ($165 million, 121 million euro) net loss for 2012 when unrest flared across the industry and killed more than 50 people.

The "South African mining industry is flat," said Cutifani, saying the Johannesburg Stock Exchange All Share Index was up 60 percent since 2007.

"The country that has defined the largest economic resource in the world, in terms of the mining industry, has actually declined 30 percent in real terms in the last six years. That's not good enough."

Cutifani will take over the reins at Anglo in April.

Speaking also as president of South Africa's industry body Chamber of Mines, he said the parties had started a constructive dialogue and "carefully crafted" words were needed.

"We do have some challenges and I think the most difficult issue is at the moment the industry and the government is shouting at each other from our respective corners," he said.

"I think we have to put our differences aside and understand that they are there, to acknowledge those differences and start talking and engaging in a way that will change the industry and the country together for good."