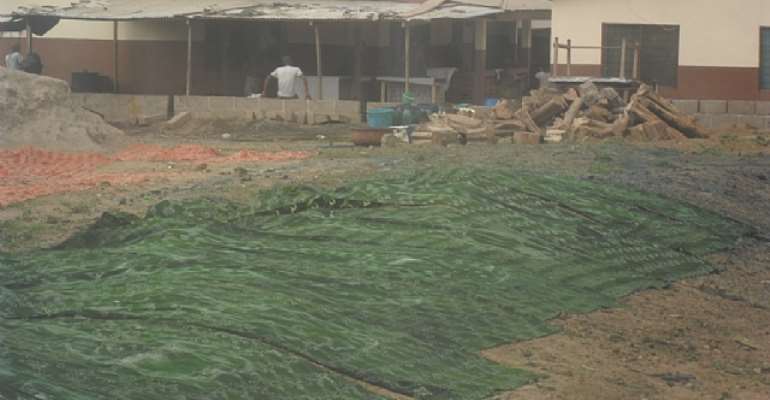 This is to eliminate the visual nuisance and impact of such activities on the underground water surrounding communities where such businesses operate, Togbe Akliku Ahorney II, Volta Regional Director of EPA, told the GNA.

He said many of such small scale businesses had become thriving enterprises and would have to relocate to the light industrial area near the Volta Barracks or face total closure.

Togbe Ahorney said the discharge of liquid waste by the operators into spaces in-between houses and into streams has raised serious environmental concerns that must be addressed.

At Fiave in the Hofedo Electoral Area, commonly known as 'home of batik, tie and dye', the GNA observed that the colour of a popular stream has changed to blue-black and the beauty of the environment had been destroyed.

Newton Torku, a student and a resident of the area, said the stream produces a rotten egg smell whenever liquid waste from batik, tie and dye operators are discharged into it.

He said residents were forced to stay in-doors or leave their homes during the day and return home to sleep at night to avoid inhaling the unpleasant smell.

Dr Archibald Yao Letsa, a Medical Practitioner, said the caustic soda and hydro-sulfite being used by the operators were corrosive, thus putting the health of the workers and residents at risk.

He said the disposal of such liquid waste in the area could cause food poisoning for animals and the community.

Ms Stella Kumedzro, Assistant Volta Regional Director of Environmental Health, said apart from the discomfort from the detestable smell, this could result in allergies and cancers in the long term.

Inhaling it could also irritate the nose, throat and lungs, causing shortness of breath and asthma-like allergy among others.

The chemical is also said to kill the nerves that detect odour, thereby preventing those exposed to it from being able to smell life-threatening airborne concentrations.

Batik, Tie and Dye is arguably the fastest growing business in Ho with many young girls doing the business in their homes after graduating from a-three month apprenticeship. GNA