Gabon says half its elephants killed since 2004 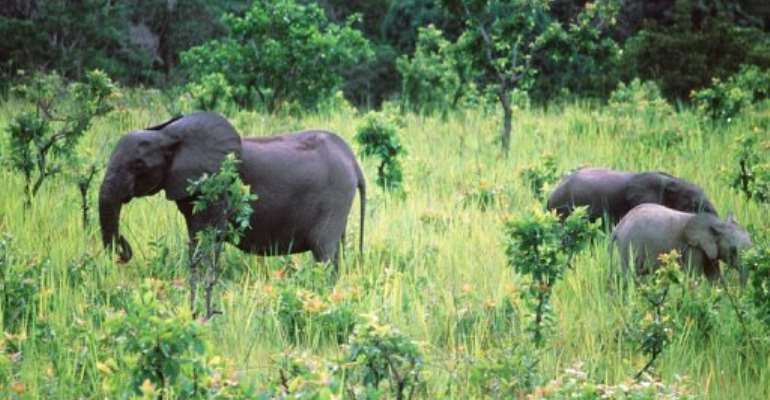 Elephants graze at Lope National Park in Gabon on November 28, 1999. By null (AFP/File)

LIBREVILLE (AFP) - More than half of Gabon's elephant population has been killed by poachers since 2004 despite ramped up security measures to try to stop the slaughter, wildlife officials said Wednesday.

"More than 11,000 elephants have been killed since 2004," Fiona Maisels of the Wildlife Conservation Society said in a statement.

Gabon, on the west coast of central Africa, is estimated to host over half of the continent's 40,000 forest elephants but the animals have long been targeted by poachers for their ivory.

"Despite our efforts, we continue to lose elephants every day. If we don't reverse the situation rapidly, the future for African elephants is compromised," the head of Gabon's national parks agency Lee White said in the same statement.

White said the parks had boosted staff numbers and deployed both soldiers and security guards in their bid to stop the "illegal slaughter."

The illegal ivory trade is mostly fuelled by demand in Asia and the Middle East, where elephant tusks and rhinoceros horns are used to make ornaments and in traditional medicine.

"As the black market price for ivory rises every year... the country is becoming the target for the worst species of poachers in central Africa," the office of President Ali Bongo Ondimba said.

With rare exceptions, trade in elephant ivory has been outlawed since 1989 after elephant populations in Africa dwindled from millions in the mid-20th century to some 600,000 by the end of the 1980s.

One kilogramme (about two pounds) of ivory is currently estimated to be worth around 1,500 euros on the Asian black market, the presidency said.