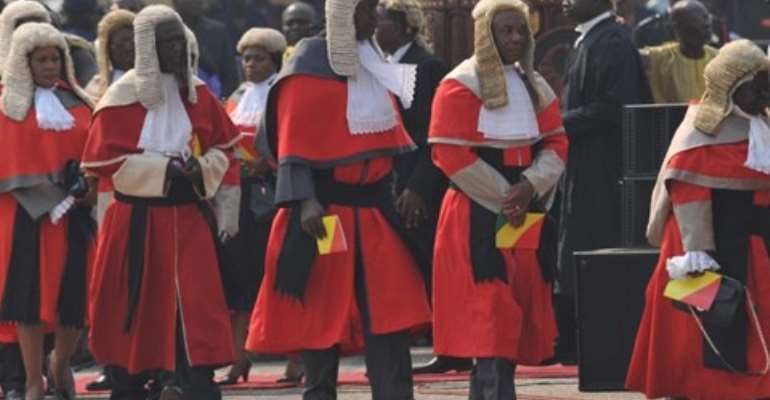 The Supreme Court will today give its verdict on preliminary demands from parties in the petition challenging the outcome of the December 7 presidential election.

The court is expected to rule on three separate applications which include calls from President Mahama and the Electoral Commission (EC), praying it to order petitioners to furnish them with further and better particulars of the petition.

It will also rule on an application to direct the EC to answer a number of questions set out by the petitioners. The petitioners are the presidential candidate of the New Patriotic Party (NPP), Nana Addo Dankwa Akufo-Addo, his running mate, Dr Mahamadu Bawumia, and the Chairman of the NPP, Mr Jake Obetsebi-Lamptey.

President Mahama and the EC are praying the court to order the petitioners to furnish them with "further and better particulars" with respect to the names and codes of the 4,709 polling stations, constituencies and regions where alleged electoral irregularities took place.

However, the petitioners are of the view that the court must not allow the EC to employ an application for further and better particulars to compel them to disclose the nature of evidence they intend to lead during the trial.

Apart from their opposition to the demands of the President and the EC, the petitioners filed a motion for leave to serve the EC with a number of interrogatories.

They are requesting the EC to provide them with details of the names and addresses of persons who were registered overseas and the mode and manner in which those persons were registered.

A petition to the Supreme Court, dated December 28, 2012, had noted, among other things, that irregularities recorded at 4,709 polling stations favoured President Mahama.

The petitioners on January 31, 2013, amended their petition to request the Supreme Court to annul 4,670,504 valid votes cast during the election at 11,916 polling stations where alleged irregularities were recorded.

They are also seeking to introduce the claim that there were 28 locations where elections took place which, according to them, were not part of the 26,002 polling stations created by the EC.

Rule 69 A (4) of the Supreme Court (Amendment) Rules, 2012 (C.I. 74) says a respondent may apply for further and better particulars in order to prepare adequately for a case.

The parties in the case are accordingly premising their claims for more information on this rule.