It is not the lion, the zebra is strong..... a corporate message 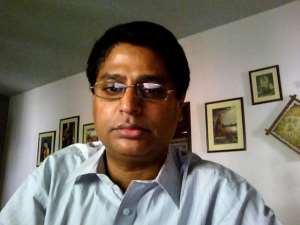 The lion and deer or the predators and prey animals in general that live in the jungle follows a very important management message/principle and that is how they continue to co-exist and love to live in the same jungle.

It is not true that all prey animals are generally weak, timid & meek and are strength less/powerless when compared to the predators. Similarly, one should not also think that all predators are extremely powerful. If we were to believe that the former statement to be true, why then all the prey animals in general has strong weapons to smash down their predators easily? Animals like buffaloes and deer have strong horns, zebra has strong hind limbs to kick off the prey, giraffe too has strong limbs to kick and throw its enemies etc. This is also true with all most all prey animals. Further, most prey animals also live in groups and such groups are called 'herd'.

Why despite all, the prey animals easily get scared and run away when they see the predatory animals?

The answer for the above question is the secret of the co-existence; the nature has created for different species of animals in jungle.

Although the prey animals also can challenge the predators and have proven to be successful in many instances also, they love to follow the management principle of 'avoid' conflicts or fight or combats. They put their 'defense weapons' like horns in use only during extreme situations.

When the lions and wild dogs know that if they hunt as pride or pack, the hunt success is high, then it is difficult to accept that such knowledge will not be there in prey animals. With the powerful horns, the prey animals if form a group and then challenge, even lion and tiger may have to run to rescue their life. Then the jungle would have witnessed nothing but a war between different animals. Not the co-existence, only the conflicts and chaos would have existed in jungle like that of 'human world'.

The corporate leaders should learn clearly this management message. They should never give importance to how strong or resourceful they are in combating their competitors or enemies. The art of co-existence should be seen as the essence of life and hence they should learn and follow the same. This is true for the employees of corporate as well.

Necessity and unavoidability only should be the reason compels the people to use their 'power' or 'strength' or 'resourcefulness'. Avoiding conflicts should not be treated as a 'cowardice' act, but it is indeed a very courageous feat. This is what the different species of animals viz., the predators and the preys, conveys to the corporate through their –co-existence.

Learn to observe the contrasts in nature and learn to apply the learning obtained through such observations in the corporate life. Nature has plenty of management insights to provide to the corporate but only the sensitivity and astuteness of the observation brings the difference.

Feature Article
Powered By Modern Ghana
NDC Will Lose Election 2020 Because Mahama Is an Error and a Fraud
2020 Polls: In the Brink of War, Your Diplomatic Passports Won’t Save You - Youth Activist Cautioned Politicians
Rex Omar, Mahama Never Solved Dumsor, Trust Me
Persistence In Seeking God’s Help
Tarnished Crown: Finding the Thorns of a Gambling Empire
Ascribing Luck To The Position Of A Presidential Candidate On The Ballot Paper: A Much Ado About Nothing
Political Widows!
Akufo-Addo will most likely hand over to Akufo-Addo
On Why Presidents Lose Or Should Lose Elections In Ghana
COVID-19 Updates Live Dashboard
TOP STORIES