Oye Lithur's appointment was based on her competence – Gov't

By Ministry of Information 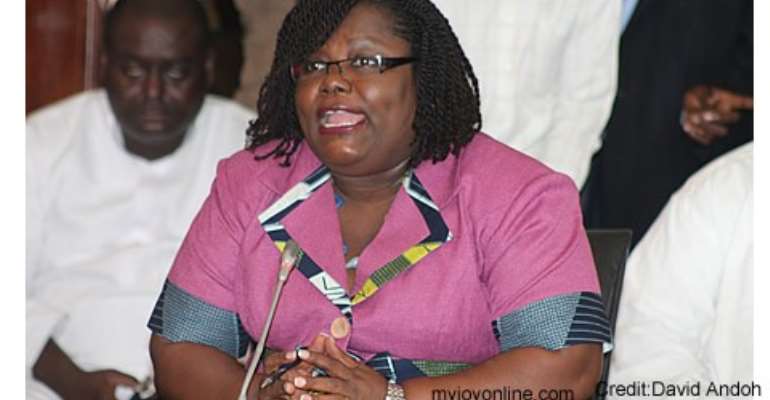 Government has stated that the Minister –designate for Gender Children and Social Protection was nominated by the President because of her competence.

In a statement signed by the Minister for Information, Mahama Ayariga "the Ministry she would be running has been designed to implement government's social intervention programs and that Mrs. Lithur's appointment is “purely based on her experience.”

Below is the full statement signed by Minister for Information, Mahama Ayaiga

The Government has noted some concern in the public mind about the Ministry of Gender, children and Social Protection and the President's appointment of Nana Oye Lithur, a known human rights activist as Minister designate for the Ministry.

The Government wishes to point out that the Ministry has been created to coordinate and better implement social intervention programs aimed as safety nets for the poor and vulnerable in our society.

The Ministry would be required to compile a database and track the effect of government's social intervention programs on these segments of our society.

The Ministry would have oversight of the Social Welfare Department, Disability Council, the LEAP Program and such other social intervention programs that are aimed at an equitable distribution of national wealth.

In Ghana, Human rights are mainstreamed and are the business of every ministry, department, agency or institution.

The Ministry of Gender, Children and Social Protection has not been created as a specific Ministry for the defence or protection of any rights.

The President's appointment of Nana Oye Lithur is based purely on her competence and experience.

Nana Oye in her work as a lawyer and with the Commonwealth Human Rights Institute (CHRI) has vast expertise in working with this segment of our society.

In her work, as would be the work of other ministers, she will implement government policy as formulated by the Constitution, Cabinet, Parliament or any other such authorized institution. Government has no policy to promote homosexualism in Ghana.

I briefed the media during the week on the matter of the relationship between Andrew Solomon, an acclaimed author in the United States of America, and His Excellency President John Dramani Mahama.

I denied any prior close relationship between the two of them. Subsequently it has come to my knowledge that this is not entirely accurate.

In keeping with my commitment to provide accurate and reliable information about Government and the Presidency to the public, let me affirm that our then Vice President had a prior meeting with Andrew Solomon in furtherance of the former's book writing project before the book launch event at which Andrew Solomon acted as a moderator.

I however reiterated that Andrew Solomon's relationship with the then Vice President John Dramani Mahama was only in furtherance of the book project which is acknowledged in the book itself. Andrew Solomon has not contributed financially or otherwise to the campaign of the National Democratic Congress (NDC) in the December 2012 election.

For the avoidance of doubt, I wish to state that President John Dramani Mahama does not subscribe to homosexualism and will not take any step to promote homosexualism in Ghana.