Poor tariffs are disincentive to investments in electricity - VRA 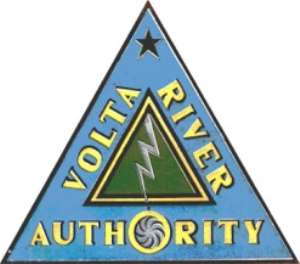 Accra, Feb.2 GNA -The Volta River Authority (VRA) for some time now has not been able to attract the needed investments into electricity generation due to uneconomic energy tariffs especially the pricing of electricity.

Besides, these non-cost reflective tariffs have also significantly weakened the finances of the organisation as well as impair the efficient delivery of service.

The issue became apparent during a tour of the VRA thermal and hydrological generating plants located in Tema, Kpone, Akuse and Akosombo by journalists.

Mr Samuel Kwesi Fletcher, Head of Corporate Communications said the country is currently facing electricity demand and supply imbalance where demand has out striped supply while the system reserve margin has been completely depleted.

He said the rapid annual electricity growth of about 10 per cent was largely responsible for eroding the preserve margin.

He said the VRA had to purchase significant quantities of expensive crude oil to generate power because of the absence of gas supply from the West African Gas Pipeline which was accidently damaged.

Mr Fletcher said the increases in crude oil prices have worsened the financial position of the corporation.

He said government indebtedness to the corporation being arrears from electricity supply to Ministries, Departments and Agencies and the delay in honouring debts are affecting the operations of the Authority.

Meanwhile VRA  informed the public that Unit 2 of the TICO Plant at Aboadze would be shut down for combustion inspection work from 0001hours on Friday 1,  to 2359 hours on Thursday, February7.

Additionally, Unit 1 of the TICO plant will also be shut on down for hot gas path inspection from 0001 hours on Friday 8, to 2359 hours on Sunday, February 24.

The statement said the inspection works would result in additional shortfall in power generation by 110MV.