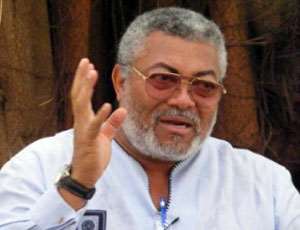 A statement issued by the office of the former President on Friday and copied to the Ghana News Agency, stated that the intervention of ECOWAS by providing forces and other logistics to help stem the situation in Mali is very commendable.

It said, it is general knowledge that the Tuaregs rebels have been seeking an autonomous region in Mali for considerable period and while yielding to their demand may not be logical as a result of the multi-ethnic and cultural situation in that country, it is important that serious consideration is given to their grievances with a goal of seeking lasting solution that satisfies all the people.

The statement noted that non-resolution of some ethnic and cultural differences across Africa have given room to terrorist cells infiltrating disillusioned groups, offering them a voice and using them for their selfish and parochial interests.

'Africa cannot brush under the carpet unresolved ethnic issues with the potential of metamorphosing into terrorist activity because of the vulnerable situation local societies find themselves,' it said.

The statement said while ECOWAS, France and members of the international community continue to pool their resources in resolving the unfortunate conflict in Mali, major stakeholders should seriously consider seeking a lasting political solution to the Tuareg issue.

'Let us resolve to bring an end to ethnic conflicts that are not uncommon in our various countries and let us also resolve to ensure that in seeking to bring some order and political authority across Mali we do not assume that military force will stifle the grievances of the Tuaregs.'

The statement cautioned that in seeking support from the international community, care must be taken in order not to export terrorism from one country to another.

It said the resolution of the conflict in Mali should not resurrect the problem elsewhere by pushing the fighting Tuaregs into neighbouring countries and sowing seeds of fresh conflict with its attendant spiral effect.

'The African Union, ECOWAS and other stakeholders should work in concert to bring the aggrieved parties to the negotiating table and ensure that workable and lasting solution is reached- one that will sustain the stability of Mali and one that will make it difficult for terrorists with ulterior motives to infiltrate ethnic ranks to sow seeds of violence and confusion.'