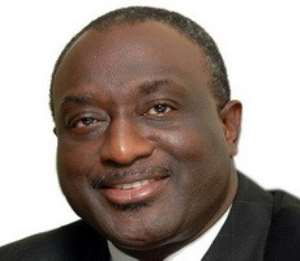 Members of the World Trade Organisation (WTO) will have from now until the end of May, to decide who will take the helm of the Geneva-based organisation for the next four years.

The nominating period, which lasted from December 1 - 31, 2012 concluded with a pool of nine candidates, including three women. With one exception, the list is mostly made up of nominees from countries self-designated as “developing” in the WTO.

To date, only men have held the WTO's top post, and only one previous Director-General- Supachai Panitchpakdi of Thailand - has been from a developing country.

Tim Groser of New Zealand, who serves as his country's Minister of Trade, Minister for Climate Change Issues, and Associate Minister for Foreign Affairs, and Ahmad Thougan Hindawi, former Trade and Industry minister of Jordan, are also vying for the position.

The nine candidates are required to address the WTO membership at a meeting of the General Council - the organisation's highest decision-making body outside of its ministerial conferences - from January 29 to 31.

The nominees will be expected to make a brief presentation, including their vision for the WTO, followed by a question-and-answer session with members.

Then selection and appointment of the new trade chief will follow consultations to be held in April and May, with the goal of choosing him or her by consensus.

The last Director-General's race, in 2005, saw four candidates vying for the role that ultimately went to current WTO head Pascal Lamy, in a process that was widely seen as relatively amicable compared to the difficult 1999 process that led to New Zealand's Mike Moore and Thailand's Supachai having to split a six-year term between them.

As the race gets underway, trade observers have already begun to question how much geography, along with other factors traditionally defining alliances in trade policy or history, are likely to play a role in the selection process.

The top slots at the International Monetary Fund (IMF) and World Bank have traditionally been held by a European and an American, respectively, as the result of a “gentlemen's agreement” between decision-making members of the two Bretton Woods organisations.

At comparable United Nations bodies, practice or rules on regional rotation prevail. In this context, claims by developing countries at WTO meetings at end of last year, as well as observers' opinions, indicate an eventual tendency in the membership to favour this time around that the next WTO chief originates from a developing country.

WTO selection procedures state that “where members are faced in the final selection with equally meritorious candidates, they shall take into consideration as one of the factors the desirability of reflecting the diversity of the WTO's membership in successive appointments to the post of Director-General.”

Meanwhile, the process of choosing a new head for the UN Conference on Trade and Development (UNCTAD) is also going on in parallel to the WTO selection. This is an altogether different situation and procedure, with selection and appointment ultimately in the hands of the UN Secretary-General. Still, given the history and substantive focus of the two organisations, observers and diplomats tend to make connections on balances between both races.

Indeed, the broader scheme of key, politically-defined positions in institutions of global economic governance is regarded by most competent ministries as a matrix of quid-pro-quos, or as indicated by some observers, as a strategic chess board.

In this context, the WTO race this year also coincides with processes for selecting the heads of the International Trade Centre (ITC) and the United Nations Industrial Development Organisation (UNIDO).

Consequently, analysts speculate that following a principle and practice of regional rotation would mean that an African will likely be selected for the top slot at UNCTAD, making it harder for the WTO membership to settle on someone from the same continent for the WTO role.

Going down such a road would take the analysis onto the complicated landscape of balances on country of origin or regions at the head of a rather long list of international economic institutions.

Regional politics are complex and particular as well. For instance, the fact that multiple candidates are being tabled by African, Asian, and Latin American countries could end up in a situation in which otherwise regional partners veto each other's candidates, Simon Evenett - a well-known WTO expert and economics professor at the University of St. Gallen - told Bridges.

Jordan's nominee is less well-known in Geneva circles than some of his fellow contenders. Ties to Geneva, whether or not the candidate has held a ministerial post, and other calculations could also factor into the selection process, Evenett and others have said.

However, many concur, it is still too early in the process to make definitive predictions.

Much emphasis has been made in the past on the special character of the WTO and its bureaucracy, vis-à-vis other bodies of international governance.

If so, then competences and skills of the individual candidates would prevail as criteria over country of origin. However, traditionally in the trade game - including at the WTO - the variable geometry of alliances has always been more complex than at the UN organisations, which could affect the outcome of this leadership contest.

For starters, the designation of “developing” or “developed” among countries and custom territories at the WTO does not match that of the Organisation for Economic Co-operation and Development's (OECD) membership.

Following the latter's definition, Mexico, Korea, and New Zealand would be confronting six non-OECD members - a relevant matter given the significant level of policy coordination and development among OECD members. Indeed, issues have in the past often been incubated in the OECD before making their way into the WTO agenda.