Poverty accounts for malnutrition in the north 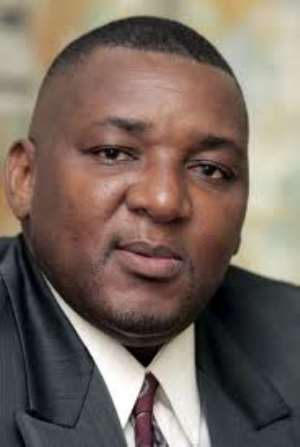 Bolgatanga, Feb. 3  GNA-   Dr John Koku Awoonor- Williams, Upper East Regional Director of Ghana Health Service (GHS), has noted that poverty in the north is one of the major reasons of malnutrition among the people.

He explained that due to the endemic poverty in the area coupled with the only one rainy season, the rural folks find it difficult to get enough food and the right variety to feed their children, hence the spate of malnutrition.

Dr Awoonor- Williams made the observation in an interview with the Ghana News Agency in Bolgatanga, at the weekend, at the sideline of the 2012 dissemination of the Nutritional Surveillance Survey results conducted by Northern, Upper East and Upper West Regional Health Directorates.

Sponsored by UNICEF, the objective of the survey which was carried out from May to December was to help stakeholders particularly the GHS to address the problem of high malnutrition in the three regions.

Dr Awoonor-Williams said malnutrition among children below five years has devastating consequences on their growth and development.

The survey revealed that children between 11 to 59 months suffer malnutrition while a greater number of them are underweight and are affected by stunted growth.

It called on parents to feed their children with food varieties such as vegetables, fruits, meat and eggs to reverse the situation.

The survey noticed that some lactating mothers do not breast feed their children well, which affect their nutritional status.