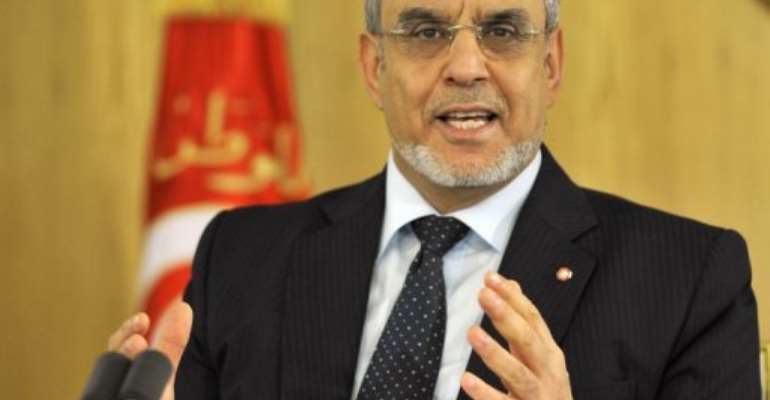 TUNIS (AFP) - A political crisis in Tunisia was exacerbated this week as ruling Islamist party Ennahda, its government partners and opposition wrangled over a cabinet reshuffle that is months overdue.

Ennahda, which came to power on the back of a 2011 revolution that ended the decades-long rule of president Zine El Abidine Ben Ali, is accused of seeking to monopolise power and stifle freedom of expression in what was considered one of the Arab world's most liberal societies before the uprising.

Prime Minister Hamadi Jebali held weeks of talks with members of the ruling coalition dominated by Ennahda in an effort to agree on a new government line-up but said on January 26 they had come to nothing.

"The political scene is looking more and more like a marketplace," a Western diplomat told AFP on condition of anonymity.

"Ennahda bargains and claims to want to expand the coalition, but refuses to cede any of the key ministerial portfolios sought by opposition."

In clinging onto the most important ministries, Ennahda "is shooting itself in the foot" by risking the total collapse of the existing coalition, said Adnene Mancer, presidential spokesman and a leader of the Congress for the Republic (CPR) party.

Since talks broke down in January, meeting after meeting between party leaders have yielded little more than calls for a political consensus to end the crisis.

Ennahda -- which has held a parliamentary majority since October 2011 elections -- said at its first public congress in July that a reshuffle was "imminent."

In signs of division even within the ruling party itself, Jebali walked out of an emergency meeting of the shura council, Ennahda's governing committee, on Friday night, Tunisia's Mosaique FM radio said.

The premier, a moderate Islamist, hopes to give some key ministerial portfolios to political allies or to independents, a notion firmly rejected by hardline Ennahda members, including party head Rached Ghannouchi.

Some members even want to oust Jebali as premier, a party official told AFP on Saturday.

Lotfi Zitoun, an adviser to Jebali who is in fact closer to Ghannouchi, handed in his resignation on Friday, saying Ennahda had nothing to gain from a reshuffle.

The party's hardliners refuse in particular to relinquish the position of foreign minister, currently held by Ghannouchi's son-in-law Rafik Abdessalem, who has also been linked to a corruption scandal.

The CPR -- a centre-left member of Ennahda's coalition -- made giving up the foreign ministry a condition for its participation in any new government, according to one of its leaders, Chokri Yaacoub.

For Ettakatol, another left-leaning force in the coalition, the justice ministry is a bone of contention, and Islamist incumbent Nourredine Bhiri must go or the party will quit the government, its spokesman Mohamed Bennour said.

The CPR was holding a meeting on Saturday to discuss its participation in a future government.

"Talks have not yet finished," said Samir Ben Amor, a party official and adviser to the CPR's President Moncef Marzouki.

Veteran rights activist and liberal Marzouki brought the ire of Ennahda upon himself in November, when he called for the quick formation of a new government that would tackle the country's social and economic woes and prepare for a new round of elections.

Marzouki was to meet the heads of Ennahda, Ettakatol and the CPR on Saturday to find a way around the political impasse and lift a floundering Tunisia out of its crisis more than two years on from an uprising whose principal demands included democratic change.