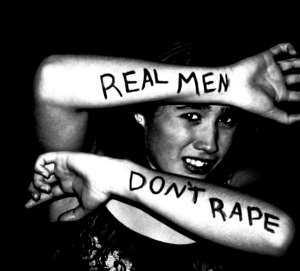 "We, as representatives of women's organizations, civil society groups, and activists committed to women's rights, convey our strong opposition to the Government's decision to move an ordinance on the criminal law amendments related to sexual violence.

We call upon the President of India to not sign such an Ordinance" said firebrand social activist Arundhati Dhuru in a press conference in Lucknow. Arundhati is also the UP State Advisor to Right To Food Commissioners appointed by Supreme Court, and has been a long-time social activist with Narmada Bachao Andolan and National Alliance of People's Movements (NAPM).

Information in the public domain, through media sources, reveals that an ordinance on amendments to sexual assault law was cleared by the Cabinet yesterday, on February 1, 2013 - about 20 days before the next parliamentary session. Arundhati Dhuru said that they are alarmed at the complete lack of transparency displayed by the Government in proposing an Ordinance as an emergency measure.

"We wonder what objective and purpose will be served by such a hasty non-transparent measure - less than 3 weeks before the parliamentary session, since the proposed law will not retrospectively apply to the Delhi gang rape case?"

Added Dhuru: "We demand transparency and due process in law making. We demand that the Parliamentary process, including the Standing Committee process be upheld, for this is the place where we, as citizens of this country, have the right to be heard.

Women's Organizations are shocked further shocked to learn that the Justice Verma Committee report has not been considered fully or even partially, neither in letter nor in spirit in the content of this ordinance. "We are told that virtually all the recommendations that we and others had hailed as signs of a paradigm shift in understanding violence against women; all the recommendations that can actually strike at the heart of impunity - have been dropped.

These include - recognition in law of marital rape, new provisions on the offence of breach of command responsibility, non-requirement of sanction for prosecuting a member of the security forces accused of sexual assault and rape, provision for trying them under ordinary criminal law for sexual crimes; and change in definition of consent to any sexual act.

Furthermore, the content of the ordinance to our knowledge has introduced provisions that were strongly rejected by the Justice Verma Committee, including the death penalty" added Arundhati Dhuru.

"We are shocked to learn that the ordinance introduces a gender neutral perpetrator for sexual assault, suggesting that both women and men could potentially be charged for the offence. Rape as we know it is a crime largely defined as male violence against women, with absolutely no evidence of women as perpetrators. This again is in disregard of the Justice Verma recommendations too, and is totally unacceptable" said Dhuru to Citizen News Service – CNS.

They reiterated their call to the Government of India to implement the recommendations of the report comprehensively, in letter and spirit. "We congratulate the Justice Verma Committee for completing the report in record time without compromising on consultations, dialogue, due process and transparency" said Dhuru.

"Even as we have called upon the Government of India to implement the Committee's report with alacrity, we emphasise that such implementation not be at the cost of due process, or selective adoption of the Committee's recommendations" asserted Dhuru.