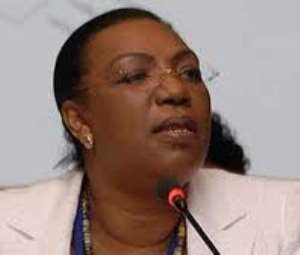 Ejuratia (Ash), Jan 31, GNA - Mrs Betty Mould Iddrisu, a former Minister of Education, has appealed to students not to indulge in deviant and wayward attitudes that are likely to ruin their lives.

He said as students they should be disciplined, tolerant, courageous and humble in the development of their career and learn very hard to become great leaders.

The one-year-old school with a population of 34 and established through her initiative is yet to be absorbed into the public stream.

She expressed her commitment to help in the development of the school and called for support from other stakeholders.

Mr Ignatius Mwinbe-Ere Der, the District Director of Education, was full of praise for the Foundation for the gift and said the books had come at a good time.

He said efforts were being made to get the school absorbed into the public school system.

Mr Eric Ani-Kusi, the Headmaster of the school, called for community support for the school.