Africa Must Exploit Its Own Resources: ECA Boss

By The Zimbabwe Herald 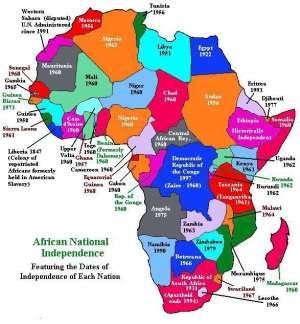 Africa must exploit its own resources: ECA boss
African countries must not look to the United Nations system or other countries and institutions for development and instead fully exploit their own resources, particularly in the extractive industries sector, to improve the standards of living of the citizenry.

This was said by Dr Adam Elhiraika, who heads the Economic Analysis Section of the UN Economic Commission for Africa (ECA) at the regional launch of the 2013 World Economic Situation Prospects (WESP) here last Friday.

Dr Elhiraika said foreign conglomerates were benefiting much from Africa's natural resources while the people of the continent lived in abject conditions.

“Big companies from industrialised countries are extracting mineral resources from Africa but their activities don't have any linkage to domestic economies,” he said.

“We tell them to process the raw materials because in that way we can diversify African economies, create more jobs for Africans and increase intra-regional trade that would eventually reduce the continent's vulnerability to external shocks.”

He said the continent should not rely on UN agencies or any other outsiders to improve the returns from the minerals sector.

The WESP report is an annual production by the UN Department of Economic and Social Affairs, the UN Conference for Trade and Development and the UN's five economic commissions, which include ECA.

According to WESP, Africa will again largely be immune to the global economic malaise and register a growth rate higher than the global average.

“Despite the global slowdown, Africa's economic growth rate (excluding Libya) will see a visible rebound to 4,5 percent in 2013 compared to 3,4 percent on 2012.

“The upward trend is expected to continue in 2014, with growth reaching 5 percent.

He said Africa could unlock internal resources to finance infrastructure and social development instead of waiting on aid.

Mr Lopes said most infrastructure projects would cost between US$50 million and US$100 million, money that could be raised through the African Development Bank, regional lenders/financiers and private equity funds.

Mr Lopes pointed out that Africa had a thriving private equity industry, currently valued at US$30 billion held by 38 private equity funds with interests in satellite communications/technologies, roads, dams, and airports.

He further called for establishment of an African Bonds Market after noting that international bonds recently floated by countries like Kenya, Nigeria, South Africa and Zambia had been massively oversubscribed.

“To make Africa's bonds perform better, there is a need to ensure superior returns, low borrowing costs, appropriate fiscal incentives, and credit guarantee facilities to protect against default,” he said.

Mr Lopes said more should be done to tap into money that Diasporan Africans could unlock for development, citing the example of the African Export-Import Bank which arranged for Ghana to borrow US$40 million secured by Western Union transfer remittances.

“There is an enormous resource base for all these instruments to thrive in Africa such as pension funds, which are growing at a staggering pace,” he added.

Lopes emphasised the need for better tax administration in Africa, while urging countries to do more to stem illicit financial flows from the continent.

An ECA report and another by Global Financial Integrity both indicate Africa loses US$50 billion a year through illicit financial flows.