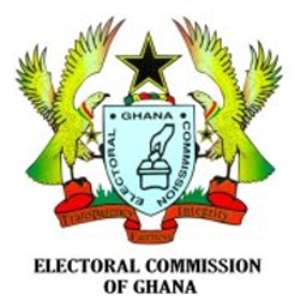 http://www.dailyguideghana.com/wp-content/uploads/2013/01/ec_ghana.jpg The woes of the Electoral Commission (EC) have gone beyond the phantom election outcome which is now an albatross around the neck of its Chairman, Dr. Kwadwo Afari-Gyan.

The woes are now tipping on the livelihood of hundreds of Ghanaians, indeed thousands by extension, as a result of unsettled wages of casual workers who undertook the legwork of the Commission during the last December 7 elections.

The foregone was contained in a news story in a private newspaper a couple of days ago. No sooner had readers digested the import of the story than printers, some of the finest in the country, raised their muffled voices about them too waiting almost indefinitely for payments for the services they rendered for the Commission.

We are appalled that Ghanaians who rendered various levels of service, some of which involved investing thousands of cedis to print related documents, including the famous blue or pink sheets, would suffer for no fault of theirs, waiting indefinitely for their dues.

We cannot be explicit with their names for apparent fear of exposing them to isolation by the all-powerful EC and even central government.

The irony of it all is that the EC itself acknowledged receiving all that it needed to undertake the December 7 polls. With GH¢ 262,256,525 doled out by government to the EC, we are at our wits' end as to why those who rendered various services should not be paid.

What aggravates the case is the impression being created that the money is not ready and that the EC is expecting another tranche of money from central government, something we doubt very much.

There is nothing like that anyway and so it is likely the EC is toying with the destinies of individual Ghanaians and printing companies which employ hundreds of Ghanaians upon whom many of our compatriots depend for their livelihood.

The need to review the so-called independence of the EC has been given impetus by the noticeable shortcomings in the stewardship of the elections management outfit.

We must not close our eyes to the need to review the constitutional position of the EC because doing so could lead to something more serious than deliberately bungling election results.

We are calling for not only a total overhaul of the electoral system but the way the EC conducts business such as the dissipation of funds from the public purse and its financial obligations to Ghanaian companies, especially printers.

We recall the purchases related to the introduction of the biometric registration and the voter verification systems against the backdrop of the questions thereof.

Eventually, the EC was left alone and in the end, some equipment of questionable quality was imported, only to fail to achieve the desired objective.

Those who have worked for the EC, legwork and printing of related documents such as ballot papers and others, must be paid because after all, money for the purpose was released by government.

The independence of the EC precludes it from acting arbitrarily.

Free SHS Graduates Gather To Campaign For NPP
16 minutes ago