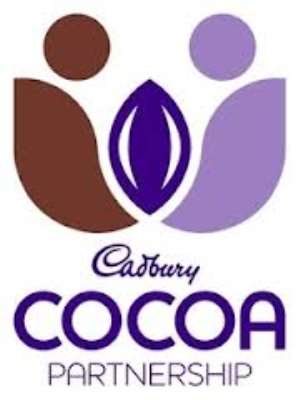 Ehiamenkyene (ER), Jan. 29, GNA - The Cadbury Cocoa Partnership (CCP), an initiative of Cadbury worldwide, has donated assorted educational reading books at a cost of GH¢22,000.00 to seven cocoa growing districts in Ghana to boost the education of children in those areas.

The donation, which formed part of the broad objective of the CCP to boost the living conditions of cocoa farmers and their children's access to quality education, was done symbolically at Ehiamenkyene in the Fanteakwa District in the Eastern Region on Tuesday.

The items would be distributed to the various reading clubs in the 209 communities within the seven districts that the CCP operates in Ghana.

The provision of the books was to address the difficulties of the patrons and the cocoa ambassadors, who take the children through extra curriculum activities during weekends and vacations to improve upon their education due to lack of books.

Ever since the clubs were established in rural communities throughout the country, it was noted that most of the schools lacked basic text books and other reading materials.

The ceremony attracted a large section of the operating partners of the CCP including the World Vision, Volunteer Services Overseas (VSO), and Care International, representatives of the Ghana Education Service (GES) and farmers of the cooperative societies of the CCP.

The CCP was initiated by Cadbury, a cocoa processing company to improve upon the living conditions of cocoa farmers, who produced cocoa for their operations, through sustainable programs such as alternative livelihoods, construction of basic needs such as water and school buildings and provision of facilities to boost the educational performance of wards of cocoa farmers.

So far the CCP had provided over 10,000 bicycles in the Eastern Region alone to children in cocoa growing communities, who walk more than four kilometers each day to school, provided over 5,000 solar lanterns to households to enable children in those communities to learn in the night as well as to provide energy for other additional income activities of cocoa farmers.

Presenting the books, Mrs Yaa Pepra Amekudzi, Country Director of the CCP, said the establishment of the CCP was informed by a research that showed that young people from cocoa growing areas lacked many facilities such as access to quality education and therefore migrated to urban areas in search of better life.

She said subsequently the reading clubs were formed to equip children in cocoa growing communities with reading skills to improve upon academic performance and to build confidence in engaging in thoughtful and informed discourse.

Mrs Amekudzi noted that despite the hard work of cocoa farmers, their children could not benefit from the cocoa scholarship due to low performance and indicated that since the inception of the CCP and the reading clubs, children in such communities had improved their performance remarkably evident in the results of the Basic Education Certificate Examination (BECE).

The Chief of Ehiamenkyene, Nene Nartey Kwao, thanked the CCP for their intervention over the years that had improved the living conditions of cocoa farmers in the area, particularly the access to quality education by their wards.

A patron of the reading club, Joshua Mensah Tenieson, who spoke with the Ghana News Agency (GNA) said the donation of the books was a relief since most of the children did not have even text books and hoped that the large range of the books would help bridge the gap of standards between children in the rural and urban areas.

Akufo-Addo, Ken Take Ghana Back To HIPC – Mahama
8 minutes ago