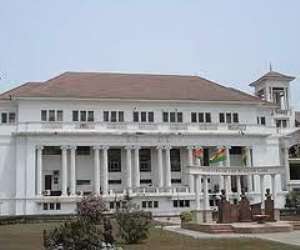 Accra, Jan. 29, GNA - The Supreme Court on Tuesday heard arguments for and against the Electoral Commission's (EC) motion seeking to compel the petitioners in the New Patriotic Party (NPP) case to provide it with 'further and better' particulars of polling stations alleged to have voting irregularities.

The EC filed a motion on January 15, 2013, praying the Supreme Court to direct the petitioners to furnish it with "further and better" particulars of polling stations the alleged irregularities took place during the December 7 and 8 general elections last year.

Mr James Quarshie Idun, Counsel for the EC in moving the motion, said the Commission filed its answers to the petitioners' claim asking them to make better particulars of their allegations.

He said there are 26,002 polling stations across the country and that it would be difficult for the EC to determine those polling stations the petitioners were alleging people were allowed to vote without going through biometric verification.

He said the petitioners must also provide the code, the name of the polling station, the constituency and the region, which they claimed there were wild instances of voting irregularities to enable the Commission to challenge the NPP petition.

Mr James Quarshie Idun further stated that the EC was entitled to know which of the 4,709 polling stations were affected by alleged electoral malpractice.

He said even though the petitioners cited only three polling stations as an example in their petition it would have been fair and proper to have given better particulars of the others they claimed to have voter irregularities.

Mr Tony Lithur, Counsel for President John Dramani Mahama, said the rules in respect of the NPP petition were not different from the others and defined a petition to mean a measure to articulate ones cause of action.

He said the current petition by the NPP was not a claim against the whole election of December 7 but against 4,709 polling stations.

He said in order to find the cause of action it would be better to isolate the particular polling station where the alleged voting regularities took place and identify them.

Mr Lithur further argued that it was not enough for the petitioners to just mention those polling stations in numbers but must be identified by their specific names and the alleged malpractice.

He said it was also essential that the petitioners provide particulars of each polling station in real details by giving the code of the polling station and places where the malpractice occurred.

Mr Philip Addison, Counsel for the petitioners in an opposing affidavit filed on January 21, 2013, asked the court to dismiss the EC's application.

He said the EC already had in its possession originals of the declaration forms and for that reason it needed not request further particulars from the petitioners.

He said rule 7(1) of the CI 74 clearly set out the evidence and nature of the evidence that the second respondent could use.

He said the petitioners' evidence was based purely on the 24,000 pink results sheets from various polling stations and indicate that the 2012 electoral irregularities were substantial enough to affect the outcome of the election.

Mr Addison further argued that what the respondents were asking the petitioners to do was nothing but forcing them to disclose their evidence to the court.

Meanwhile, the Supreme Court has adjourned hearing on an interrogatory application filed by the petitioners asking the court to compel the EC to disclose to them the number of foreign service personnel, Ghanaian students on scholarship abroad and the number of Ghanaian security personnel on peace keeping duties.

The adjournment followed protest by the lawyers of the NPP against Mr Tsatsu Tsikata from making verbal presentation in court since there was no formal motion in opposition to the motion from the NDC before the court.

Later the court ruled that the NDC should filed formal motion to the application and adjourned the case to January 31, 2013.