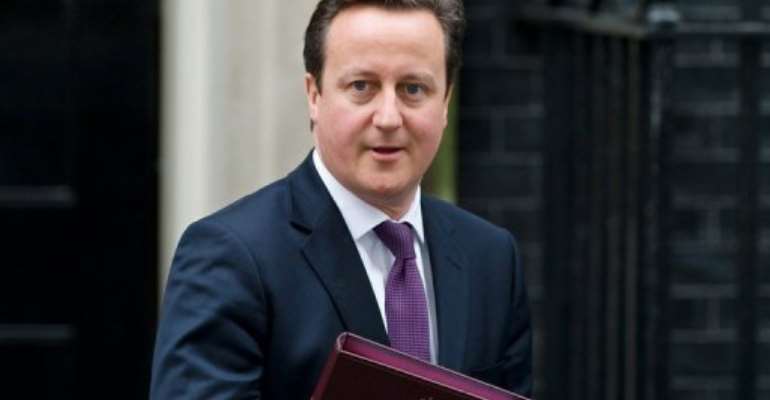 ALGIERS (AFP) - British Prime Minister David Cameron arrived in Algeria on Wednesday, an airport official said, in the wake of this month's hostage crisis in the Sahara in which several Britons were killed.

His visit, the first by a British premier since Algeria won independence from France in 1962, comes two weeks after 37 foreign hostages were killed when Islamists stormed a gas plant at In Amenas deep in the desert.

Earlier, his spokeswoman said in London Cameron will seek a partnership with Algeria on tackling extremism on his trip which reflects growing British concern about unrest in North Africa, and in Mali.

Cameron is accompanied by his national security adviser and a trade envoy, Downing Street said, while British reports said the head of Britain's foreign intelligence service MI6 was also with him.

During his meetings with President Abdelaziz Bouteflika and Sellal, they would "talk about how they can strengthen bilateral relations", Cameron's spokeswoman told reporters.

"The talks are expected to focus on strengthening our security cooperation and seeing how we can work in partnership with the Algerians to deliver a tough, patient and intelligent response to tackle the terrorist threat," she added.