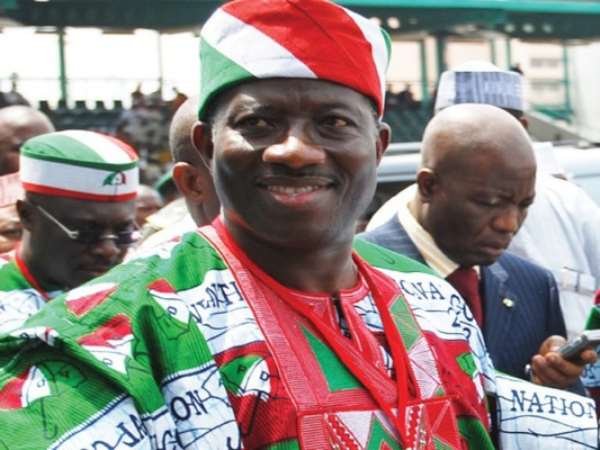 In Nigeria, youth unemployment is soaring high despite that the government have provided laudable programmes to curb the growing concern of joblessness among the teeming population in the country in recent times.

President Goodluck Jonathan recently launched youth enterprise with new innovation in Nigeria to reduce the high density of unemployment of graduates from the nation 's universities.

In the 60s and 70s, unemployment was not pronounced because the government then were proactively providing for graduates churning out from the universities with full job security with no qualms. Unemployment and underemployment is seriously confronting the Nigerian youth in all ramifications.

The increase in population of Nigerians is one of the challenges facing the labour market which the government on its part failed to provide full employment to its citizenry. The increasing in government spending and inflation have prevented political and economic development in the country.

Youth unemployment should be blamed on both the private and public sectors of the country. The government have abysmally failed to provide for unskilled, semi- skilled and skilled people at all levels.

Unemployment is defined as a state of people living in absolute joblessness which ranges fall between the ages of 20-40 while unemployment is refers as people who are gainfully employed but not financially rewarding to authenticate their qualifications.

Many Nigerians today are underemployed despite their intimidating credentials being possessed in high flying institutions in the world together with economic recession and inconsistent policies in the country. Our micro finance and commercial banks are not helping matters to lend money to young entrepreneurs who intend to do their private businesses with no dependence on the government.

The so-called oil marketers have created job employment to Nigerians which the National Assembly described as cabals. The micro and macro objectives of creating jobs for Nigerian youths are still in hitherto which the government have not done any credible programmes to effect change on the Nigerian youth.

During the 2011 presidential campaign when Goodluck Jonathan launched out his books to enable Nigerian youth to read but the youths of Nigeria are ready to further their education to the highest level but job security is the major stake to the vision.

Time without number when politicians have promised youths of instant employment yet nothing has been done to reduce the situation at present. In the labour market, unemployment is growing at geometrical progression due to inability of this job agency to identify qualified persons to work.

Some job offers are given to those who live in highbrow areas of the country . For instance in Lagos, those that are living in ghetto areas like Ajegunle and Mushin are not given opportunity to work even when they are qualified because their CVs are traced to slum communities.

The government is not helping matters to create jobs for the teaming youth population churning out of the nation's universities on yearly basis. Our university system is not training human capital development or job creators rather than job seekers with no entrepreneurial skills to be self-employed.

Our universities are only introducing entrepreneurial courses without putting them in practice. Despite many Non governmental organizations(NGOs) are being created by individuals to alleviate poverty in the country, the poverty index is unquantifiable and unquestionable.

The parameters to create jobs by government and private sectors are skirmishing to the extent that crime rate is alarming to the detriment of the Nigerian economy. Unemployment is a world problem which some advanced countries have provided jobs for their citizens in one way or the other.

Recently, the Kwara state governor Alhaji Abdulfatah Ahmed gave automatic employment to 1400 youths to join the Kwara civil service which many Kwara indigenes applauded him for such governmental gesture. Even Delta State governor Dr Emmanuel Uduaghan also used Democracy day to enlighten Delta youths to diversify their mindsets to other cooperative employment rather than oil and gas and banking industry. Other state governors in the country are not left out in providing employment to her youths.

Everybody seems to be preaching entrepreneurship methodology towards the Nigerian youth but the banking industry is not ready to lend out money to young people to start their own businesses. Bribery and corruption has crept into government which job provision is no longer primary assignment rather secondary one.

No day passes by without seeing youths in various places searching for jobs through internet vacant jobs and others. Most job vacancies on the daily newspapers and magazines are mere fake which are not existing sometimes with incorrect websites, emails and contact phone numbers.

The job desperation by our teeming youths in Nigeria transpired into high levels of crime such as pen robbery, cyber crime, prostitution, illegal oil wells and bunkerings, fraudulent activities and others. The population of Nigerian youth are growing astronomically while those graduating from various higher institutions of learning are innumerable.

The macro objectives and econometrics of creating jobs in Nigeria in spite of creation National Poverty Eradication Programme (NAPEP) and National Directorate of Employment(NDE). unemployment, frustration and crime are economic order of the day.

Different administrations with different economic agendas which vision 2020 is still in the pipeline. How many Nigerians are gainfully employed? The system has not really provided for unskilled workers.

In the developed and advanced countries, unskilled and semi-skilled workers have their stakes in government but in Nigeria only those with University or polytechnic certificate holders are given opportunities to work and nothing else. Even some polytechnic graduates are underpaid and marginalized in the labour market.

The system of 6-3-3-4 education policy needed to be fully reconsidered as regard to those who have school leaving certificates and junior and senior secondary school certificates are given full employment in the public and private sectors.

Youth empowerment programmes should regularly be created by successful politicians and business tycoons. Most graduates find it difficult to write a simple sentence or aptitude test which invariably prevent them not to get suitable jobs in the labour market.

Even the power of man knows man has deeply crept into the democratic process of the country over the years. It has been recorded in recent times that President Goodluck Jonathan has the largest special advisers among the African countries which jobs have been politically created to Nigerians.

Overtly qualified people are not given opportunity to work as far such people do not have prominent people in corridors of power in the system. Unemployment is soaring high because some people that are employed in the formal sector are not qualified to work To the extent that some organizations employ people who do not have knowledge of the business.

How can a physical education or geography graduate being employed asa banker or site engineer supervisor if the country is not really glorifying corruption. The University system is mere a camouflage to deprive qualified people not to get jobs for their livelihoods.

The fact remains that only those that can bribe their ways through intercourse and any gratification can get suitable jobs in Nigeria. We still have good Nigerians that graduated with first class or second class uppers without indulging in cesspool of corruption and were given automatic employment in the formal sector. Agitating for young graduates to go into Agriculture is a welcome development if the various stakeholders in the business are ready to give out loans to facilitate mechanized farming in Nigeria.

How many jobs can Nigerian politicians provide for its constituencies he or she represented within his or her two years in office?

The issue of job contracts is quiet alarming to the extent that the Nigerian government is adamant of the unpalatable trend across the country coupled with the epileptic power supply and other social problems.

It is sad that a graduate that is given opportunity to work by these so-called registered job agencies are only interested in partnering with the organizations to deduct monthly salary of the client and also in charge to effect promotion. The Indians in Nigeria have succeeded in enslaving Nigerians in the name of seeking for employment in their organization. As far as the country is concerned no organizations who do not pass through these agencies. It is observed that most these job agencies are run by top employers of labour in this country. Even the government is not bothered about the causualization of workers while the Nigerian Labour Congress(NLC) is adamant. Most of these job agencies conduct aptitude test and unnecessary screening exercises and collect fees from these job seekers in order to secure jobs for them.

The job desperation due to family pressure and others have led some youth astray without considering its implications. The Minister of Youth Development Alhaji Bolaji Abdullahi recently organized a youth forum to help youths realize their goals in life. This was a good move to kick-start a youth programme in the country if the government is really sincere to core. If China as a country can discover its goal then Nigeria can likewise do the same.

In every home in China, all her citizens are electronic producers while Nigeria is the highest consumption of imported goods and services despite the country is the 6th largest producer of crude oil and gas.

Even as universities continue to create entrepreneurship courses, yet unemployment is nothing to write home about. Nigeria is yet to have a driving economic force despite the high numbers of technocrats and economists in the country which cannot create jobs for its teeming population.

Youth creativeness and entrepreneurial skills needed to be encouraged by established private organizations and government institutions.

A new ministry like Niger- Delta ministry can be created as a National focus where all unskilled and skilled persons can be gainfully employed or trained. Since no organization can directly employed its workers from the higher institutions without undergoing the organization training to acclimatised with its operation.

The menace of Boko Haram can stop if secured jobs are provided to the youths by the government. The northern elites seem not to be interested in providing jobs for its people rather sponsor violence in the region. For government to embark on privatization and commercialization of government-owned property indicate the total failure of leadership in the country.

The disable people must be employed in government and private institutions to reduce nuisance and unemployment in the country.

Lastly, our universities needed to be restructured in order to be agents of direct employment to public and private sectors. President Goodluck Jonathan needs to fix infrastructural development across the country while tribalism, nepotism and bureaucracy must be separated from job employment so that qualified persons could be given instant employment in the country.