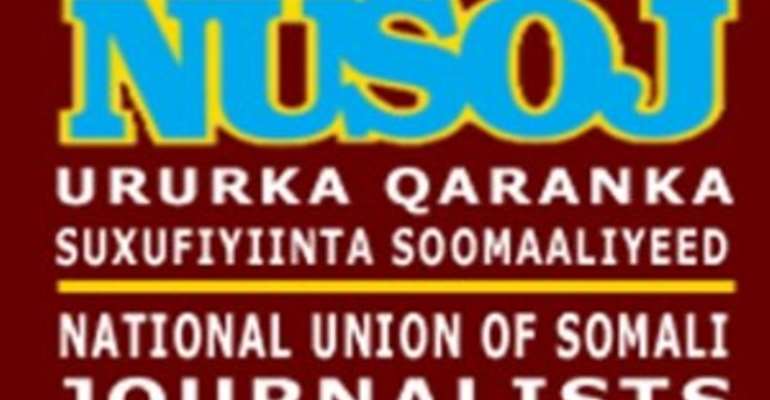 MOGADISHU, Somalia, January 30, 2013/African Press Organization (APO)/ -- The National Union of Somali Journalists are concerned the arrest of the Somali journalist held without charges for the 20th day for interviewing a woman who said that she was raped members of the members of the security services and raised concerns about the possible impact the trail could have the freedom of expression and freedom of the press and call for his immediate release.

Somali journalists gathered at the regional court as the hearing of the case was planed to take place on Tuesday 29 January, 2013 at the regional court but was postponed until next Saturday, 2nd February, 2013, following a request from the defending lawyers after confirming receipt of the file of his clients. The attorney general office handed over the file to the lawyers on Tuesday morning, only have an hour before the court hearing started.

The Somali police, the office of the attorney General, the ministry of interior have repeatedly said publicly that the rape case has been detained for six people including the journalist, but mysteriously there were five people including the journalist in the court today and the Attorney General, Dr. Abdulkadir Mohamed Muse declared that they have withdrawn their accusations against Munira Jeylani Mohamed, who the Somali police commissioner, Gen. Sharif Shekhuna Maye is her grand father and the Attorney General reiterated that they have the right to use Munira as a witness against the victim. In press conference at the police headquarters on 16 January, 2013, Gen. Sharif Shekhuna Maye, accused Mrs. Munira as the mastermind of the rape case. These developments raised the concerns of the Somali journalists and the media community at large about the possible justice the journalist might receive.

The Somali journalists held protests organized by the National Union of Somali Journalists (NUSOJ) demanding the release of the journalist, Abdiasis Abdinur Ibrahim and showed their grave concerns of how the case has been handled and being pushed toward more political.

The National Union of Somali Journalists (NUSOJ) are concerned about how this trail is becoming a real threat against the freedom of expression and the freedom of the press in Somalia.

"If the journalist is charged, there would not be journalists daring to report similar stories and reportages which the public wants to know." Mr. Ibrahim added.

The journalist, Abdiasis Koronto was arrested on January 10, 2013 and was accused of interviewing a woman, who alleged being raped by state security forces. The interview has not been published on any media outlet. At the same time, the Somali Police claims that this journalist is the author of a reportage that appeared on Al Jazeera/Universal TV. The police searched Abdulasis's home twice, took his laptop and digital voice recorder.

U/E: I'll Restore Jobs Of Collapsed Banks’ Staff Who Were La...
10 minutes ago