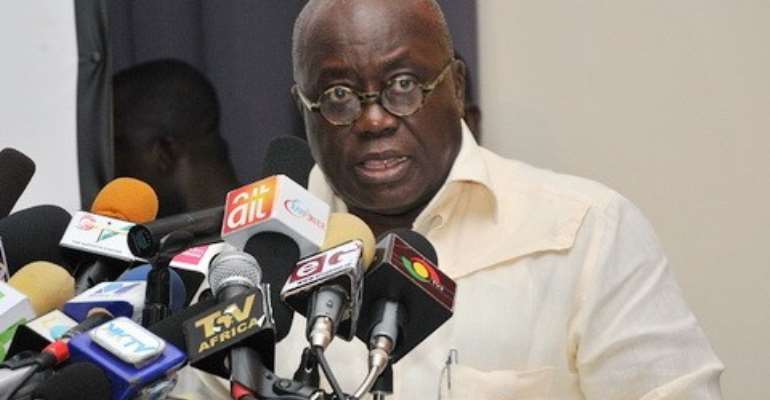 The New Patriotic Party (NPP) petitioners challenging the results declared in the 2012 presidential election have filed an application at the Supreme Court seeking an order directing the Electoral Commission (EC) to answer interrogatories relating to Ghanaians who voted in foreign countries.

Making his submission yesterday before the Supreme Court, Phillip Addison, lead counsel for the petitioners, said the information required related to absentee voters' date of registration and data on Foreign Service officials and students abroad on government scholarship.

The other voters on whom he requested information were the rest of the Ghanaians living abroad in order to work with an international organisation and service personnel returning from foreign peacekeeping missions.

He said the application came in response to portions the EC's declaration to the petition that about 200,000 votes from those categories of voters were included in the final results of the election because they were registered outside the country.

According to counsel, the actual number was far less than that declared by the EC and more so because the total number of registered voters was an issue in the matter.

Mr Addison said the application was brought under the inherent jurisdiction of the court because such an application can legitimately be brought after the close of pleadings.

James Quashie-Idun, lead counsel for the EC, opposed the application and described it as premature given that an earlier application for further and better particulars has not yet been determined by the court.

Next, Tsatsu Tsikata, counsel for the National Democratic Congress (NDC), prayed the court that he be allowed to make his submission considering the nature of the application.

He said that although the application was served only on the EC, the interrogatories would tend to affect all the parties in the matter.

At that stage, Mr Addison objected and argued that since Mr Tsikata had not filed any process, he did not see why the rules of the court should allow him to make oral submissions to take everybody by surprise.

Following the back and forth arguments, the president of the court, Mr Justice William Atuguba, announced that the court ruled by a decision of 6-3, that Mr Tsikata could be heard on the application for interrogatories.

Earlier, lawyers for the petitioners and two of the respondents had made submissions with respect to an application for better and further particulars to be filed by the EC.

Counsel for the NDC, the petition's third respondent, was not allowed to make any submission in the application for further and better particulars because, the court determined in an 8-1 decision, that Mr Tsikata failed to file any processes to that effect.

President Mahama is the first respondent in the case, while the EC, the body that organised the elections and subsequently declared the results, is the second respondent.

EC lead counsel Mr Quashie-Idun, who moved the application, noted that it had been brought pursuant to Rule 69 (a)(4) of the Supreme Court Amendment rules 2012, CI 74, that respondents may apply to the court for further and better particulars on filing an answer.

He argued that after filing their answer, the EC made specific references with respect to which they requested the court to order the petitioners to provide further and better particulars relating to six aspects of the petition.

Mr Quashie-Idun said the petitioners had alleged in their petition that in some polling stations during the December 2012 elections, certain voters were allowed to vote without verification, for which reason he requested that the petitioners make those centres' names and codes known.

That, counsel argued, was important in light of the fact that there were 26002 polling stations across the country and another allegation that different results were recorded for polling stations with the same code had to be substantiated.

Counsel further said that the petitioners alleged that in many cases, presiding officers had not signed off on polling station results and for that reason, the polling stations affected should be named while another allegation of gross and widespread irregularities and malpractice in 4,709 polling stations entitled the EC to know the areas in which the alleged fraud took place.

He said that since the court is a court of first instance, it should look at all particulars so that nobody is taken by surprise.

Furthermore, he said, since it was the petitioners who had made the allegation, the onus of proof was on them and it was not for the EC to go and look for the information.

Tony Lithur, counsel for the president, also argued that the rules of petition are no different from pleadings and that the petition does not take issue the whole presidential election, but rather 4709 polling stations.

He said that in order to ground a cause of action, it is essential to isolate and identify the polling stations where allegations of irregularity have been made.

"When the petitioners seek to order to annul votes in 4709 polling stations it is not enough to mention only numbers but they must be identified by names and these particulars form an essential part of petitioner's cause of action," he said.

Mr Lithur argued that the petitioners must be made to name the polling stations, their code numbers, and the constituencies in which the alleged irregularities took place as well as the places where non-biometric registered voters were also allowed to vote.

Mr Addison opposed the application and indicated that the information the EC was asking the petitioners to provide was indeed the evidence that the rules did not allow them to lead.

He said that in their petition, the petitioners laid out the particulars of violations and irregularities that the respondents have categorically denied in their answers while the EC had custody of all the original forms.

Counsel said that by giving further and better particulars, the petitioners were leading evidence in the matter.

After Mr Addison had argued, Mr Tsikata stood up to make his submission, but he was opposed by Mr Addison who said he did not know in what capacity Mr Tsikata was arguing since he had not filed any process in the application.

Mr Tsikata said in his answer to the petition that he made it clear that he would pray the court to strike certain paragraphs from the petition as they lack particulars.

In the ensuing debate, Mr Justice Atuguba announced that the court would take a short break, after which it would pronounce on the matter.

Upon resumption, Mr Justice Atuguba announced that by a decision of 8-1, Mr Tsikata could not be heard on the application for further and better particulars.

The court adjourned to Thursday, January 31, 2013 to enable Mr Tsikata to file an affidavit in opposition to the application for interrogatories.