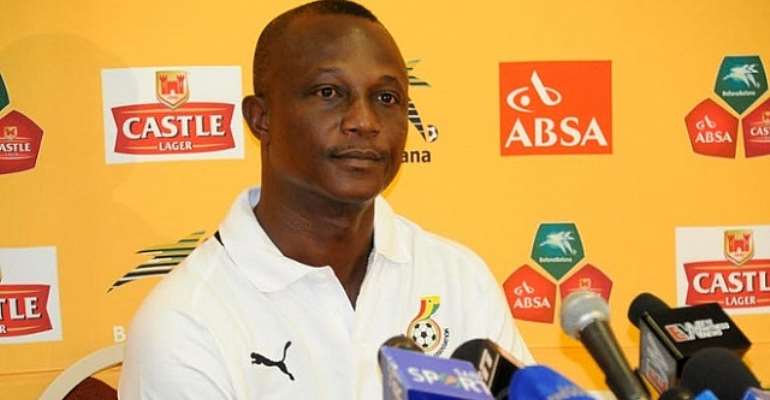 Ghana coach Kwesi Appiah has welcomed the return of three injured players to training but says they will have to work their way into the team.

The Black Stars coach on Tuesday was given a major boost when the trio of Richmond Boakye-Yiadom, Mubarak Wakaso and Anthony Annan all returned to light training.

The trio worked with the ball with assistant coach Maxwell Konadu separately from the rest of the squad at the Nelson Mandela Bay Stadium in Port Elizabeth.

But, after expressing the joy of having a fully fit squad at the Africa Cup of Nations, the Ghana coach says fitness cannot be taken for granted just yet.

“It's always good news that all the players that you take to a competition are fully fit. As to whether they take part in our next game that will depend on their performances during our training sessions. I can't be hundred percent sure whether they will play or not.” said Appiah.

The Black Stars were left counting the cost of injuries as the three members remained on the sidelines prior to Ghana's last group match on Monday, which they won 3-0 against Niger.

Boakye-Yiadom had remained on the sidelines since the team started the competition with an ankle injury.

Midfielder Wakaso was suspended and injured for Ghana's last game while Annan has been out since the first game at the tournament.

However Appiah has no doubt the rest of the squad can make a positive contribution as he contemplates the competition for places especially between the improving Christian Atsu and the returning Wakaso.

“I always have total confidence in my players. All the 23 could be in top form but I will just pick 11 to start.

“Whether [Mubarak] Wakaso is fully fit, which I prefer that he is, because I need all my 23 players to be fully fit. As to those who would start, that is why I need players who can play various positions.

“The two of them [Wakaso and Atsu] could be in the team at the same time but it will depend on their performance [in training] before the next game.”