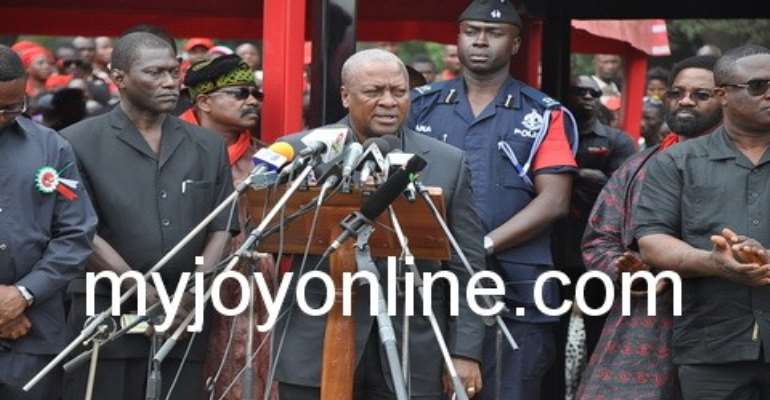 The Integrated Social Development Centre (ISODEC), a non-governmental organisation, has hailed President John Dramani Mahama over his ministerial nominations, rating him B+.

Dr Steve Manteaw, Campaign Coordinator of ISODEC told the Ghana News Agency on Monday that the criteria that were used by ISODEC to rate the President over his ministerial nominations was his ability to ensure regional and ethnic balance without sacrificing competence.

“The Presidents appointees are persons we can confidently say are coming into office with no baggage of corruption, sheer arrogance and greed. Indeed those appointed so far are very competent and it is good for the country,” he said.

He commended President Mahama for nominating ministers who are outside his political party, adding that the President is on his way to fully implement the directive principle of state policy.

In terms of gender considerations, he pointed out that, President Mahama appeared to be a lot conscious of the fact that women empowerment largely depends on involvement in decision making, hence appointing eight women who many consider as more qualified among first 37 ministers nominated so far.

He however faulted the President for appointing three veteran members of the National Democratic Congress to coordinate the implementation of presidential priority projects, saying it is a demotion to the appointees rather than promotion and would not add value to the government machinery.

Dr Steve Manteaw called for the need to do auditing of the cost of aligning and realigning of ministries in terms of stationary and training of personnel.

He asked for national debate on the number of Ministries that can be created and whether they should be binding.