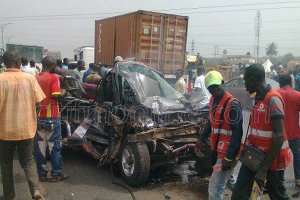 Safety on our roads has become a matter of national concern. The fatalities are assuming a national emergency and that is why the police have always attracted the ire of a section of society anytime road accidents claim lives.

Some members of the public believe that there is no order on our roads because of the 'unholy' alliance between personnel of the Motor Traffic and Transport Unit (MTTU) of the Ghana Police Service and commercial drivers.

The increasing number of road accidents beats the imagination of the motoring public, especially when the road infrastructure is improving and there is regular presence of the police on the roads.

It will be unfair to say that all policemen who mount roadblocks are corrupt, but certainly some of them drag the name of the service into the mud.

On a number of occasions, top officials of the service have apprehended some unscrupulous policemen for collecting bribe from drivers.

Again, it will also be unfair to lay the blame on the police exclusively for the carnage on our roads. Other stakeholders, such as the National Road Safety Commission, the transport unions, the driving schools and the motoring public, have a part to play to make road transport a pleasurable endeavour.

Now, most people always go on their knees to seek God's intervention for family members, loved ones and friends who embark on any journey by road.

Both good and bad roads have turned into death traps because of our utter disregard for rules and regulations. Discipline has broken down on the roads and this situation has been aggravated by the growing impunity in our society.

But we think that we should not throw our hands up in despair. We need to take the bull by the horns and try to make our roads safe once again.

To achieve this, the Daily Graphic suggests that all stakeholders must first think about the common good in executing any task assigned to them.

Unfortunately, while we expect the best from our institutions, we are unable to provide the support that is required by such organisations to function more efficiently and effectively.

The Commander of the MTTU, Assistant Commissioner of Police (ACP) Angwubutoge Awuni, has identified inadequate personnel and logistics as a drawback on the work of the unit to enforce road traffic regulations in the country.

According to him, the MTTU required about 6,500 personnel to beef up its present workforce of 1,500, as well as vehicles and tools such as speed guns and alcohol sensors, for the effective discharge of its functions.

Mr Awuni said in view of the challenges confronting the MTTU, it was important for the public to get actively involved in road safety in the country. It has become very clear that no public institution can succeed in its endeavours without the active collaboration of members of society.

Progress in society, peace and stability, law and order are shared tasks. But while these institutions require public support, it is equally important that those institutions value the contributions of society.

The Daily Graphic is aware of the poor human resource levels and logistic situation of most institutions in the country, including the MTTU. However, we do not want these institutions to use the challenge as an alibi for poor performance.

We equally call on the government to retool these institutions to perform their duties at optimum levels.

Furthermore, we call on the MTTU to discipline some of its personnel whose conduct is a matter of public concern. These bad lots in the MTTU regard motor checks as opportunities for personal gain, instead of safeguarding the interest of the motoring public.

We sympathise with the MTTU and pray that the government resolves its challenges as soon as practicable, so that the unit can help stop the wanton loss of lives and property on our roads.

We renew our appeal to all who have a role to play in ensuring respect for road traffic regulations to do so in the interest of Mother Ghana.

The loss of breadwinners through avoidable accidents only compounds the level of destitution in the country. 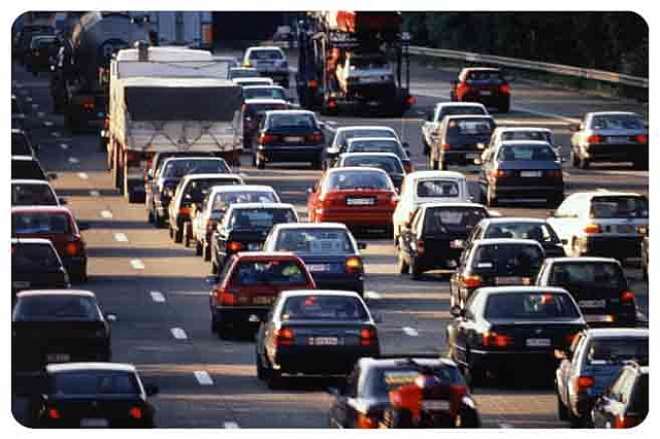