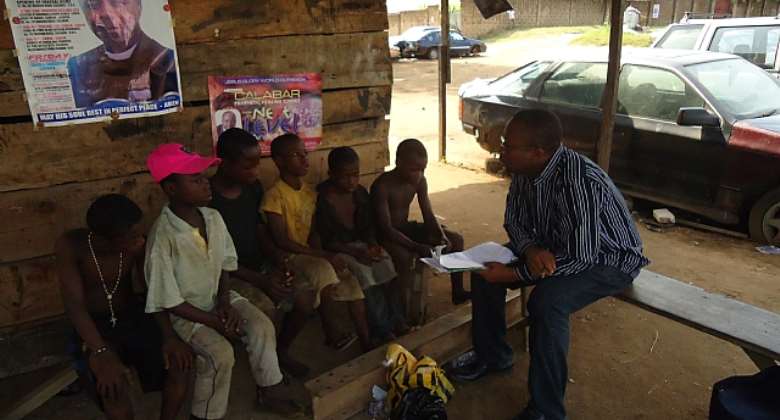 The belief that evil magic and witchcraft can possess infants is largely behind the wave of exorcism related abuse of children ravaging many parts of Nigeria and Africa.

Many families and communities make scape goats of their kids.

They blame and hold them responsible for the ills they suffer. Children who are believed to be possessed by the demon of witchcraft are then subjected to inhuman and degrading treatment by pastors, prophets or any other self-styled man or woman of god.

Many of these children suffer severe health damage in the process of exorcism. Some actually die as a result of the torture and abuse inflicted on them by the exorcisers. In August, a 5 year old girl, Goodness Offiong reportedly died during exorcism in Calabar, in Cross River State.

Goodness was taken to a local prayer house by the mother who believed she was possessed by the spirit of witchcraft. At the prayer house, she was said to have three types of witchcraft spirit. The 'man of god' claimed to have cast out two of the three witch demons. And it was in the course of casting out the third that Goodness collapsed and died.

As soon as the girl died, the prophet and the family arranged and buried her. But some neighbours contacted a local human rights group, the Basic Rights Counsel(BRC).

And the BRC petitioned the police. The parents of the girl were arrested. But the mother denied the allegation, she claimed that the daughter had fever and suddenly collapsed and died on the way to the hospital.
The police said they needed to carry out an autopsy to ascertain the true cause of the death. But the police are asking for 300,000 naira (2,000 dollars) to carry out the autopsy.

They have made it a condition for the continuation of the investigation. There are no indications that the government would provide the money needed for the autopsy. And if the money is not provided that would be the end of police investigation. The case file will be closed. And nothing would be known regarding the true cause of the death or the circumstances under which she died.

Those who killed Goodness will not be brought to justice. Justice will be denied in this case as in many other cases of child witch hunting in the region. From inquiries at the girl's school, Goodness was a brilliant and came on top of the class at the end of the term's examination.

The scourge of child witch hunting takes place behind closed walls of collusion by parents and families, and of impunity by perpetrators. Child witch hunting continues due to criminal silence of local authorities, the ineptitude of the police and the justice system, and the indifference of a society that turns a blind eye on acts of injustice meted out against the weak and vulnerable.