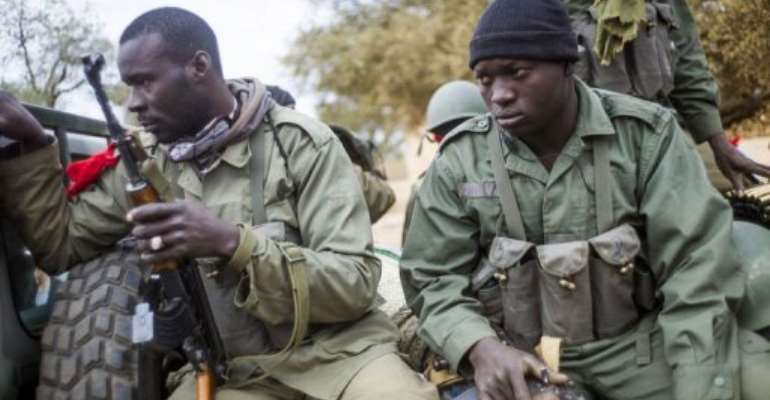 Malian soldiers wait at a checkpoint near Sevare on January 27, 2013. By Fred Dufour (AFP)

BAMAKO (AFP) - French-led troops in Mali on Monday controlled access to the city of Timbuktu after securing the airport of the fabled desert city as part of their push against Islamists, military officials in Paris and Bamako told AFP.

The troops encountered no resistance as they moved toward the city, one of the main bastions of the Islamist fighters who have controlled Mali's vast desert north for 10 months.

"We control the airport at Timbuktu," a senior officer with the Malian army told AFP. "We did not encounter any resistance."

In Paris, a military spokesman said the French-led troops now controlled access to the city as well as the territory between Timbuktu and Gao, the main city that had been under Islamist control.