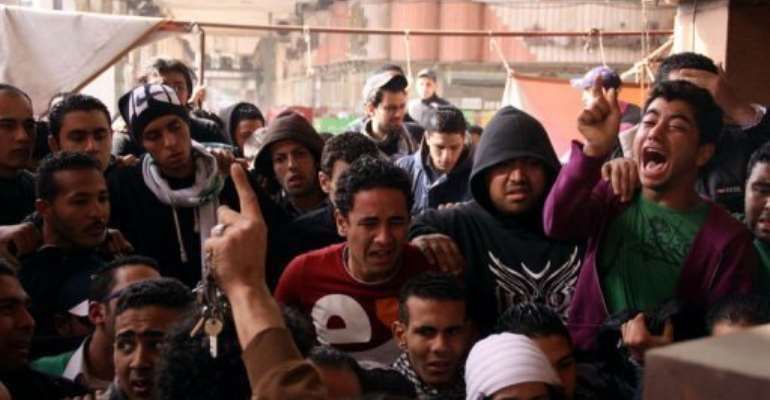 People protest in Egypt's Port Said on January 26, 2013 after a court in Cairo sentenced 21 people to death. By (AFP)

"The death toll has increased to 16 and there are 176 injured," said Helmi al-Ifni, head of health services at the governorate.

Two policemen were among those killed, the interior ministry said in a separate statement, adding that there were "many critical injuries among police forces."