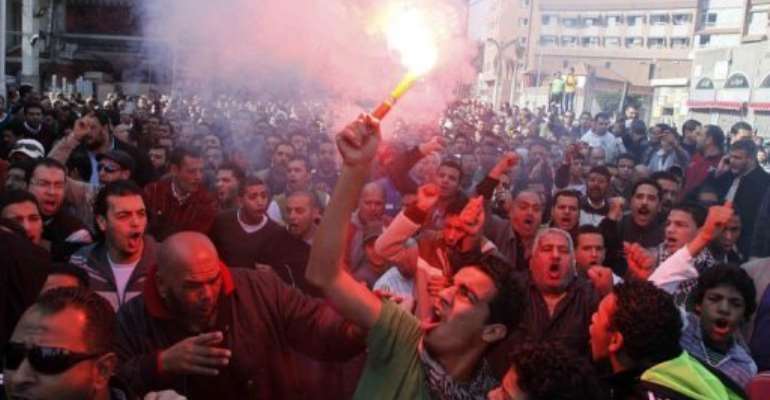 A fan of al-Masry football club waves a flare outside the prison in the city of Port Said on January 25, 2013. By (AFP)

"It has been decided to deploy some units to work for calm and stability and the protection of public establishments," General Ahmed Wasfi said in a statement carried by the official MENA news agency.

The death toll in the Port Said clashes climbed to eight, according to medics, but it was not immediately clear if they included two policemen security officials earlier said had been killed in the violence.