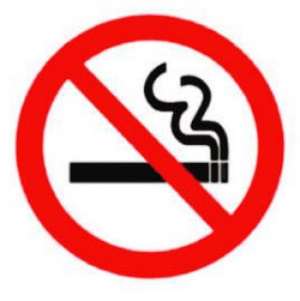 Local and international experts warned this week that designated smoking areas in restaurants and workplaces, as allowed in Bangladesh's proposed Bill for Amending Smoking and Tobacco Products Usage (Control) Act, 2005, will threaten the health of citizens. Over the past five days, 25 international and local public health experts have participated in a workshop on 'Enforcing Bangladesh's Smokefree Laws,' organised by the International Union Against Tuberculosis and Lung Disease (The Union) and held in the BRAC Centre for Development Management in Rajendrapur, Bangladesh.

On the workshop's closing day, 20 participating health leaders and experts from Bangladesh urged the Government to pass proposed amendments to the national smokefree law without further delay, with the exception of the one allowing designated smoking areas in workplaces and restaurants.

They expressed deep concern that these smoking areas would expose even those sitting in non-smoking sections of the building to dangerous secondhand smoke. Studies have shown time and again that tobacco smoke can never be effectively contained.

In Bangladesh, the burden of the tobacco epidemic is high, with the deaths of 24% of men and 12% of women attributable to tobacco-related illnesses in 2004. Tobacco users are not the only ones vulnerable to the negative health effects of tobacco smoke. Secondhand smoke puts everyone around smokers at risk too. Exposure to secondhand smoke causes lung cancer, coronary heart disease and cardiac death; and also increases the risks of both TB infection and the development of active TB disease. In children, secondhand smoke exposure causes acute lower respiratory tract infections, sudden infant death syndrome, middle ear infections and exacerbation of asthma. Just 30 minutes of exposure to tobacco smoke changes the way in which blood flows and clots, increasing the risk of heart attack and stroke.

Mr Md. Humayun Kabir, Senior Secretary of the Bangladesh's Ministry of Health and Family Welfare, opened the workshop on Saturday 19 January. He said to Citizen News Service – CNS that while there has been a lot of improvement, there are still weaknesses in Bangladesh's smokefree law that needed to be addressed.

The proposed amendment bill is scheduled for debate in Parliament in the next session, starting 27 January. The delegates from the workshop are forcefully recommending that parliamentarians take this opportunity both to pass the law and to remove the concession that allows for designated smoking rooms.


Delegates at the workshop also expressed concern that there has been insufficient investment in training and empowering officers to enforce the 2005 Smoking and Using of Tobacco Products (Control) Act, which restricts smoking in public places such as healthcare and educational facilities.

The Union, which is supporting the efforts of over 40 countries to fulfil their commitments under the WHO Framework Convention on Tobacco Control (FCTC), also hopes to see the Government pass a 100% smokefree law, without any accommodation for designated smoking areas. Such a law will be in compliance with FCTC guidelines and ensure a safer smokefree future for Bangladesh.