Kwadwo Asamoah Can’t Be Effective At Left Back- Alhaji Grusah 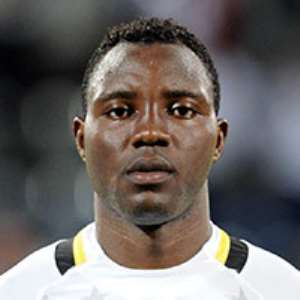 The Juventus star was assigned to the left side of defence in Ghana's Group B opener with DR Congo which ended two-all at the Port Elizabeth Bay Stadium last Sunday.

Concerns have been raised about the performance of the 24-year-old in his unfamiliar role as he failed to excel in the role.

Ahead of the Black Stars' clash with Mali at the Nelson Mandela Bay Stadium on Thursday, Grusah - an outspoken football administrator in Ghana, believes the former Udinese playmaker is forcing to succeed in his new role.

'If Kwadwo Asamoah says he can play the left-back role then he is lying. He can't play that role,' he told Accra-based Asempa FM.

However, he could be named in the same position by Ghana coach James Kwesi Appiah for the must-win clash with Mali.