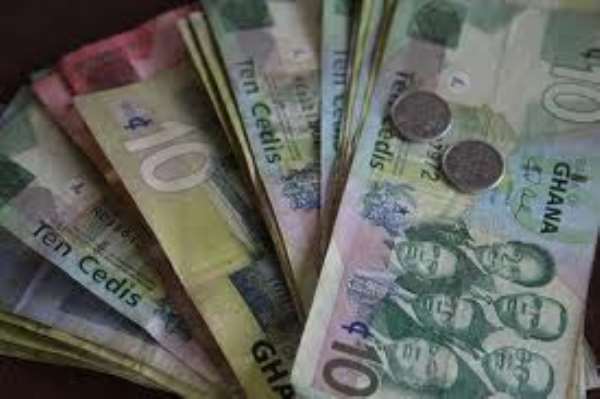 Ghana's drive to mobilize deposits from the unbanked population and encourage savings habits has faced serious challenges from the activities of unscrupulous microfinance firms.

Hundreds of account holders in parts of the country have lost their savings to such institutions within the past couple of years.

Some of the microfinance firms have either been shut down by the regulator or collapsed as a result of poor risk and business management – some mangers are facing prosecution, others have absconded.

This has led to widespread public apathy in depositing funds with microfinance institutions, especially with the traditional 'susu' societies.

Enquiries suggest that most victims of financial scams are enticed with micro-lending facilities. They also lack access to information on the credibility of operators.

Some aggrieved financial service' consumers have also questioned the proactive stance of the Bank of Ghana to protect depositors when the erring firms are being shut down.

To ensure stability and sanity in the industry, the Central Bank came out with new rules and guidelines to regulate the financial sub-sector, effective January 2012.

Regulation under the first tier, including rural and community banks, savings and loans companies and other financial intermediaries already regulated under the Banking Act, remained unchanged.

'Susu' companies taking deposits and making profits are now operating under the second tier of regulated regime, and such companies hold an initial minimum paid-up capital of not less than Gh¢100,000.00 for one unit office.

Operators under this category are also required to amend their company names to take on the word 'microfinance' as a distinctive identification from other susu operators.

Credit unions also fall under the second tier but the Bank of Ghana has yet to pass a Legislative Instrument to regulate activities in the sector.

The Ghana Association of Microfinance Companies (GAMC) is recognized by the Bank of Ghana as an umbrella professional association to help promote best practices in the microfinance industry.

In a bid to clean up the system, the Association has been building the capacity of members to successful sail through operational processes under the BoG's new rules and guidelines.

“Regulation is not easy but a society that is not regulated does not function, so it's something that we don't have a choice. It's something that we needed it long and I think we welcome it. We just have to do everything we can to get ourselves regularized so that we can help the economy grow in the area of poverty alleviation and also job creation and be able to give micro-credit to people to expand their businesses, to pay tuition, to rent houses”, stated Nicolas Osei, Northern Sector Vice-President for the GAMC.

The new guidelines are restoring hope to both the public and industry players but the licensing has not slowed the proliferation of firms taking deposits and lending to the public.

Ghana's major cities of Accra, Kumasi and Takoradi continue to experience an upsurge in the number of microfinance establishments.

Today, over three thousand microfinance firms are estimated to be operating in the country – as at end of 2012, the Bank of Ghana had issued 77 full licenses and about 400 provisional licenses, with an additional 500 new applications still in the process.

But the Central Bank's process of licensing microfinance companies under the new regulatory guidelines has been a worry to the GAMC.

It's National President, Collins Amponsah-Mensah has observed a number of firms are venturing the sector without due consideration to the regulation.

He therefore wants the regulator to tighten entrance for new businesses in the sector until it completes the licensing and regularization of those already in operation.

“As it is now, as they [Bank of Ghana] try to process those who are already in operations, others are coming in and so the number gradually becomes overwhelming and that makes it very difficult for the regulator to work on”, he observed.

Mr. Amponsah-Mensah has also charged the Central bank to be bold in closing down firms flouting the regulatory guidelines early enough to protect public interest and image of the sector.

He suggested that commencement of operations should be suspended temporarily after business incorporation at the Registrar General's Department.

There has neither been an improvement in the quality in financial services in the local economy and the proliferation has not necessarily resulted in poverty alleviation.

According to him, the increase is the number of financial service providers should not be to the neglect of rural economic players, who are constrained in credit accessibility to transform their subsistent operations.

“Most firms are based in the cities, not realizing that there are some rural areas that we have to serve”, he observed. “I want to tell my colleagues to focus on the rural areas to help people with loans and advise; they should come to the needs of the farmers and support the rural areas to develop”.

Mr. Amponsah-Mensah believes the country needs more microfinance companies and he expects the regulator to ensure policy encourages operators to establish in deprived regions of the country.

The GAMC Directors' forum held under the auspices of the GIZ and the Responsible Finance Project, aims at improving financial inclusion by ensuring sustainable access to financial services.

“We expect that the directors and their companies will be responsible in their dealings with the client in the sense that they'll be transparent and they'll provide all the necessary information that is required to their client”, noted Matthew Affram, National Expert, Banking Supervision under the GIZ project.

Ghana's microfinance industry is said to be a path of reformation; but industry watcher are of the view that sustaining sanity to instill public confidence would much depend on the policy direction of the regulator, the Bank of Ghana.