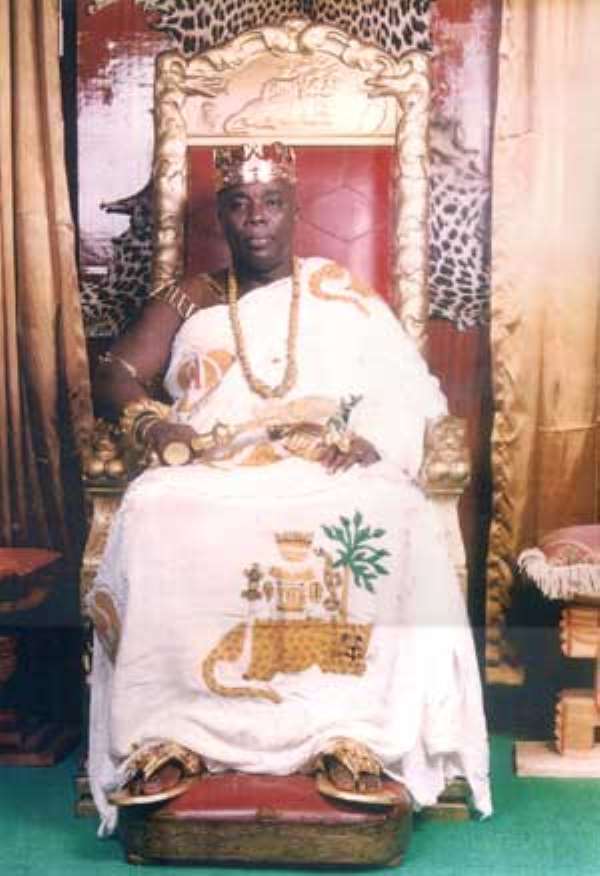 Dr. Sam Jonah, chief executive of Ashanti Goldfields Company has denied ever insulting the Okyehene in wide ranging speech last weekend that has dominated the headlines and caused considerable controversy.

Dr. Jonah's speech to members of the Rotary Club in Accra demanded a review of the law on causing financial loss to the state and ripped into Ghanaian journalists and social commentators accusing them of inflicting their ignorance on Ghanaians with arrogance.

But it was his comment about the Okyehene Amoatia Ofori Panin's environmental campaign that has irked a number of people most. Without referring to the Okyehene in name, Dr Jonah, eschewing the values of mining said: "Recently, a prominent traditional leader announced the prohibition of mining in his area apparently to protect a rare specie of butterfly. Don't get me wrong, I have nothing against butterflies.

"But if the choice was between creating jobs through mining and to keep families alive and losing these butterflies, I know what my choice will be and I may be presumptuous in believing that a people lacking the basic necessities of life will go with my choice."

The Okyehene has banned mining of bauxite in the Atwima Forest Rain which is rich in timber as well but which also has the rare and endangered species of some of the world's largest and smallest butterflies.

The United Nations has labelled the forest a Global Significant Biodiversity Area yet that has not protected the area, which is currently under siege from chain saw operators and attracting keen interest from the global mining industry.

The Okyehene believes that the area could be developed into an attractive eco-tourism site to tap into the billion-dollar industry as an alternative to mining.

At least one of the 300 diners at the Rotary meeting last Saturday said Dr Jonah has been unnecessarily harsh on the Okyehene. Gytha Nuno a leading environmentalist told the Statesman newspaper that Dr Jonah "was very good on the economy but what I didn't agree with was his attempt to ridicule the Okyehene."

Kwesi Pratt Jnr, a member of the social commentators Dr. Jonah called ignorant, arrogant and with limited exposure also called his comments on the Okyehene insulting but the Goldfields chief executive has vehemently denied that.