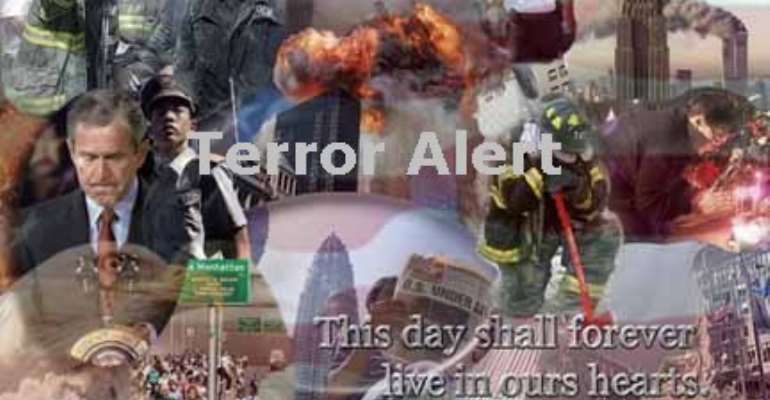 ....58 nations listed Ghana is one of the 58 nations named by a U.N. Security Council committee, on Wednesday, as having failed to meet an Oct. 31 deadline to submit reports on measures they are taking to stop supporting, financing and providing sanctuary to terrorists. Almost all the countries named are developing nations in Africa, Asia and the Pacific islands. The committee is monitoring what all 191 U.N. member states are doing to implement a Security Council resolution adopted less than three weeks after the Sept. 11, 2001, terrorist attacks on the United States. The resolution required U.N. members to adopt legislation and take administrative measures and other steps to halt all support for terrorists. The Counter-Terrorism Committee, initially chaired by Britain and now chaired by Spain, received initial reports from all member states. These were analyzed with the assistance of outside experts who could use terrorism-related intelligence from governments in their assessment of compliance. Countries then received follow-up letters identifying gaps, making recommendations and seeking responses by specific deadlines. All those that responded received a third letter, seeking additional information. In a letter to the council circulated Wednesday, Spain's U.N. Ambassador Inocencio Arias said that "a total of 58 states ... have failed to meet the Oct. 31 deadline for the submission of outstanding second and third reports." The committee and its experts "will continue to be in contact with the states concerned" to discuss any aspect of the required reports, he said, stressing that the best way for states to get the help they need to implement the resolution is to submit reports "in a timely manner." The committee identified 26 countries that haven't submitted their second reports, including half a dozen whose reports are more than a year overdue. It noted that Lesotho — which is on the list — had submitted "a partial second report." The 25 other countries are: Benin, Bhutan, Botswana, Burundi, Cape Verde, Central African Republic, Comoros, Dominica, Equatorial Guinea, Eritrea, Gambia, Ghana, Honduras, Kiribati, Liberia, Malawi, Maldives, Micronesia, Palau, St. Lucia, Solomon Islands, Somalia, Tanzania, Togo and Zambia. The Pacific island of Niue, with about 2,000 people, which isn't a U.N. member, also hasn't submitted a second report, it said. The committee named 31 countries that missed the Oct. 31 deadline to submit their third report, noting that one nation — Namibia — had sent a letter asking for an extension. The 30 other countries are: Afghanistan, Albania, Andorra, Angola, Azerbaijan, Bahamas, Bangladesh, Ethiopia, Fiji, Georgia, Grenada, Jordan, Kenya, Latvia, Malta, Mongolia, Morocco, Myanmar, Nauru, Nepal, Nigeria, Qatar, Senegal, Slovenia, Sweden, Tajikistan, Trinidad and Tobago, Ukraine, Uruguay, and Vietnam.