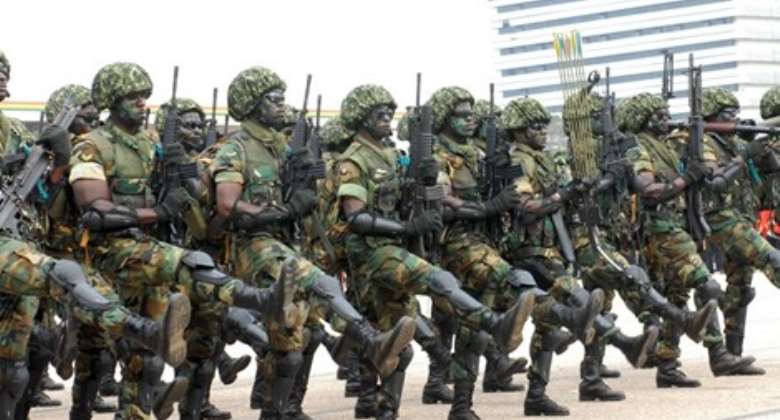 Director of Public Affairs of the Ghana Armed Forces has confirmed Ghana's participation in maintaining peace in Mali.

Movement for Oneness and Jihad in West Africa (MUJAO) and Islamic group, Ansar Dine, seized control of much of northern Mali in 2012 in the confusion that followed a military coup in Bamako. Both Islamic groups are believed to have close links to Al-Qaida in the Islamic Maghreb.

Secular Tuareg rebels were once aligned with the Islamic groups, but the alliance broke down over a dispute about implementing Sharia in the region. The Islamic militants have held public executions, amputations and floggings in an effort to enforce their strict version of Islamic law.

The United Nations Security Council passed a resolution clearing the way for the deployment of foreign troops to Mali.

The Economic Community of West Africa States (ECOWAS) has offered to send about 3,000 soldiers to stabilize Mali, rebuild the country's shattered army and help drive the militants from the north.

Speaking in an interview on Citi FM, Colonel Mbawine Atintande, said Ghana will be joining ECOWAS troops from Nigeria, Niger and Burkina Faso to Mali to support other peace-keepers as they fight against Islamic rebels in Northern part of the country.

He indicated that a team of 120 personnel are ready, trained and well-equipped for the task ahead.

Asked when the troops will be leaving the shores of Ghana, he said “we are only waiting for the green light from ECOWAS”.

“Yes we will be sending troops...we are ready, we've undergone training, we've got all the equipment we will need - everything is set. All that we need is the green light and when that is given, we will go to Mali…"