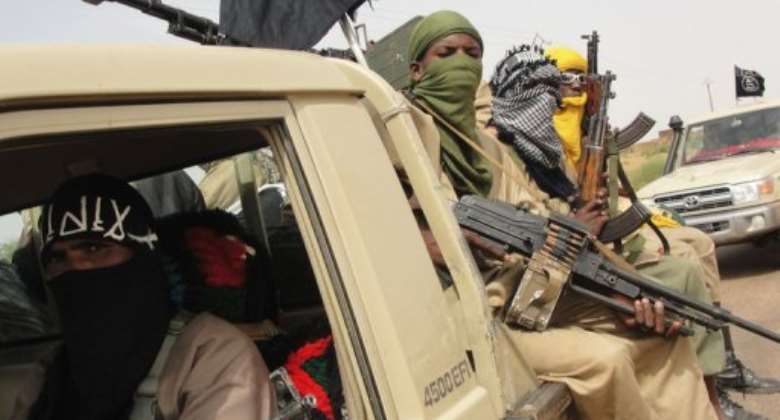 BAMAKO (AFP) - Since June, northern Mali has fallen under the control of several hardline Islamist groups linked to Al Qaeda in the Islamic Maghreb, raising fears in the West and region that the country could become a safe haven for terrorists.

Secular separatist Tuareg rebels launched an offensive in January 2012. A coup by renegade soldiers in Bamako left the army in disarray and allowed the rebels to take over the entire north virtually unopposed.

Islamist groups quickly overpowered the secular Tuaregs however and established their rule over the desert region, a land of ancient caravan routes that is also notorious for drugs and arms smuggling and kidnappings for ransom.

They have enforced an extreme form of Islamic law which deals out brutal punishments including executions and amputations to alleged transgressors, and destroyed centuries-old tombs in the fabled city of Timbuktu.

In December the UN Security Council approved the deployment of a 3,300-strong African force to help Mali reconquer its territory.

Though no precise date has been given for a possible intervention, international cooperation was stepped up after Benin, Algeria, Senegal and Niger pledged troops to join French forces in the country who warded off a rebel advance on January 11-12.

Here are profiles of the three main groups:

AQIM stems from a group started in the late 1990s by radical Algerian Islamists, who in 2007 formally subscribed to Al-Qaeda's ideology.

The group, formerly known as the Salafist Group for Preaching and Combat, has bases in northern Mali from where it regularly carries out attacks and abductions of westerners in the sub-Saharan Sahel zone.

-- Ansar Dine ('Defenders of the Faith' in Arabic)

This new homegrown Islamist movement was formed by renowned Tuareg commander Iyad Ag Ghaly who led a 1990-95 rebellion. He then became a key player in peace talks between the government and Tuaregs during a 2006-2007 rebellion.

Boosted by members of AQIM, Ansar Dine took the towns of Kidal and Timbuktu. In both cases, Iyad Ag Ghaly made a triumphant entrance and planted black flags around the captured towns.

In Timbuktu, his forces chased out the Tuaregs and ordered women to cover themselves with veils.

Unlike the secular Tuareg group MNLA, Ansar Dine does not demand independence for the north but wants the strict implementation of its hardline interpretation of sharia.

In December, Ansar Dine, along with the MNLA, pledged to end hostilities and agreed to take part in peace talks, before revoking its pledge in January, saying that the Malian government had not given anything in return.

A top official of Ansar Dine, Abdel 'Kojak' Kirm, was reportedly killed in clashes on January 13.

-- The Movement for Oneness and Jihad in West Africa (MUJAO)

MUJAO, an offshoot of AQIM, advocates jihad, or holy war, in West Africa. It has claimed a number of abductions in the northeast of the country, but also in neighbouring Algeria where it has also claimed several attacks on Algerian forces.

In June it seized the northeastern town of Gao, ousting the MNLA after deadly clashes between the once-allied groups. Residents on January 13 said French airstrikes had forced all insurgents to leave Gao.

One of the group's top commanders, Hicham Bilal, quit the group in November, lambasting its leaders and accusing it of drug smuggling. Just weeks later, on December 7, MUJAO was added to the UN list of Al Qaeda groups and given sanctions.

AQIM is reportedly holding nine Europeans hostage while MUJAO is believed to have in their hands at least three Algerians and one French national.

Withdrawal of Bagbin’s military guards proves Akufo-Addo is ...
23 minutes ago