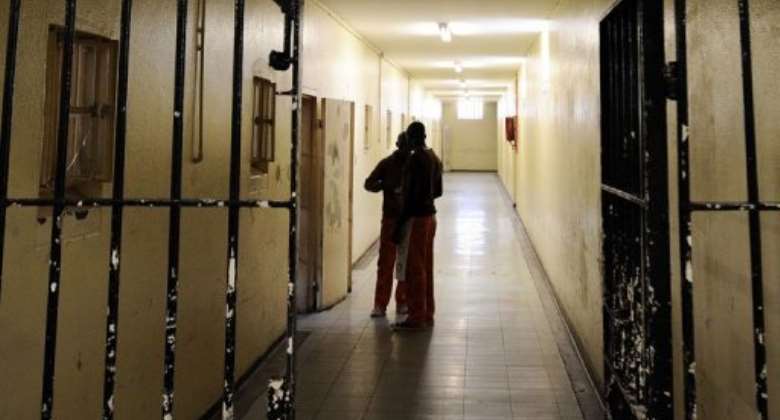 Prisoners talk in a corridor at a prison in Cape Town,on March 18, 2011. By Stephane de Sakutin (AFP/File)

"Offenders are burning part of the section of the maximum correctional centre in Groenpunt," Grace Molatedi, regional deputy commissioner for prisons in the Free State province, told AFP.

Police said the prisoners rioted over the quality of food and had late in the afternoon refused to take their meal before they overpowered and attacked warders. They started torching their cells shortly after.

"Scuffles ensued and they attacked the warders and began to burn down the place," Peter Kareli, police spokesman for the province, was quoted as saying by SAPA news agency.

Prison officials said there were 227 inmates at the centre.

In November, police rescued a prison doctor who had been held hostage for 20 hours by two inmates who demanded better food at the privately operated Mangaung maximum security prison near Bloemfontein.

The doctor was freed unharmed. The nurse was let go much earlier into the drama.

Savannah Region: Calm returns after conflict at Lukula
6 minutes ago

I will choose either Bagbin or Haruna Iddrisu as my running ...
57 minutes ago