Congratulations For The Time Being, Mr President! 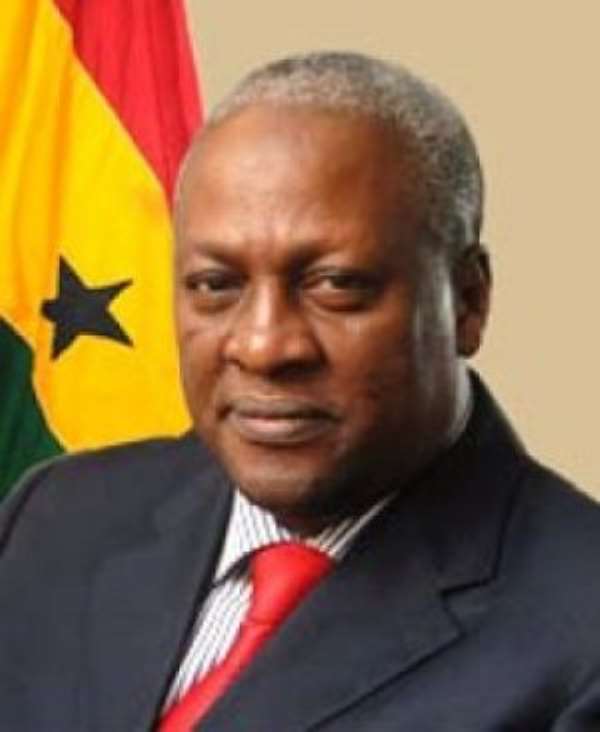 IT is often acknowledged that democracy is not the best form of government. Except that it is better than any other system of government in existence.

For instance, democracy is essentially “an elective dictatorship”. This means that once a government commands a majority of seats in a democratic country's Parliament, it can do almost anything – except “change a man into a woman”. (Even that is about to change in many countries, as “gay marriage” gets legalised on an increasing scale!)

Now, one of the main legs on which democracy stands is another problematic feature called the 'Rule of Law'. Again, many think the 'Rule of Law' is not the best way of settling disputes. This is because 'the law' is often so absurd that it is best described as “an ass” – even by lawyers. Yet, no other system has yet emerged which can settle disputes more peacefully than kicking the legal ”ass” into motion very hard!

It is extremely important that the people of Ghana try very hard to understand these concepts which we have borrowed from foreign sources to govern ourselves with. For if we don't understand them, many of us will fret when we should relax and condemn when we should accept.

Ex-President John Kufuor was caught in this dilemma on 7 January 2013. Many in his own National Patriotic Party (NPP) thought he was 'betraying' the party when he went to Black Star Square to congratulate the [then] President-elect, Mr John Mahama, on his being sworn in as our President.

But as far as Mr Kufuor was concerned, he had no choice in the matter. Our Constitution does not say that the President-elect shall not be sworn in if a case is pending before the Supreme Court challenging the validity of the election through which he became President. In other words, praxis provides no place for a “vacuum” to exist at the presidential level of government in our country.

And Kufuor, who once held that high office, felt it his duty to ensure that no precedent was set whereby such an abhorrent vacuum could exist in our body-politic at some future date – to the detriment of public safety and even national survival.

But what about his party's boycott of the inauguration? Well, the truth is that the party is not Kufuor nor is Kufuor the party. There are perfectly understandable circumstances under which Kufuor's concerns as an ex-head of state may not be those of his party, and vice versa.

Even if he was still in office, Kufuor could have taken action that might be frowned upon by his own party. For instance, as head of state, Kufuor might be

furnished with information by the country's security services, which he could not share with the rest of the leadership of his party, but upon which he needed to act. If he acted on the basis of the information, his action might be contrary to the interests of his party. But if he was a patriot, he would have to act on the information, even if it harmed his party. Of course, he would have to take the consequences of that -- including being thrown out of the party's leadership. But a patriot would not mind that – he would put the national interest above his party's interest.

Similarly, if his judgement was that his absence from Black Star Square on 7 January might dilute or diminish the presidency of his country as such, even for a short duration (especially in the eyes of the rest of the world) then it would be an act of good conscience for him to prevent that. I haven#t spoken to him, but I imagine that that is why he went to Black Star Square.

But he, on his part, will have understood that his party had a politicalimperative not to attend the inauguration, that would override an ex-President's subjective concerns about the dignity of the office of President. The pre-trial stage in which we are currently placed is one stage where the two interests diverge. The NPP, having lodged a petition before the Supreme Court, asking for reliefs that include the nullification of the declared results of the 7 December 2012 election, on the basis of allegations which the NPP has made to the Supreme Court, cannot be seen to be prevaricating.

If, while protesting at the alleged “fraudulence” that it claims to have observed in the declared results, the NPP were to take part in the inauguration of the beneficiary of the fraudulence, --whom it had taken to court – the NPP would be guilty not only of hypocrisy but also, of being remiss in its duty to ensure that whoever seeks to “steal” an election in Ghana in the future would have a heavy political and social price to pay for doing that.

In other words, the political class in the country would not stand idly by and fold its arms, if and when it observed that malpractices had occurred in an election.

In the scenario which I have outlined above, both Ghana and the system of government it has chosen for itself – democracy and the rule of law -- are all in a 'win-win' situation.

Additionally, it should be noted that it was perfectly in order that the Chief Justice of the country should have been the person to fulfil the constitutional duty of swearing-in the President, despite being a member of the very Supreme Court that will adjudicate on the issue of whether the President was fraudulently elected or not.

For, you see, under the Constitution, the Chief Justice wears two hats – one with which to swear-in the President, and the other to declare the President's election invalid, if the evidence leads that way. There is no conflict in the two duties: the Chief Justice, like God in the Book of Job, is given the power of being able to both provide and take away. And we, obedient to the Constitution, must “bless” the Chief Justice, whether she “doth provide”, or “doth take away.” Just as Job, though suffering terribly, was able to say, rather stoically, “Blessed be the name of the Lord!”

These are intricate constitutional issues whose working-out must necessarily prove awkward to individuals and groups in our country. But we must be mature enough – yea, civilised enough – to ride the awkwardness that is bound to occur. For, as I have pointed out, though the 'Rule of Law' may not be perfect, it is better than anything else. Certainly, it is better than organising a wrestling match at the Accra sports stadium and asking Nana Akufo Addo and President John Dramani Mahama to pit their physical strength and wrestling skills against each other. And if we cannot settle it by wrestling, how much more dare we settle it by resorting to violence?

Yes, what the country expects from both the NPP and the NDC is that they should prepare their members to accept whatever decision the Supreme Court hands out. The supporters of Mahama must on no account convince themselves that because he has been inaugurated, he cannot any longer be divested of the presidency. He could be divested of it even if he wins the Supreme Court case – through a process in the Constitution called “impeachment”.

In the same way, the supporters of the NPP would do well to prepare themselves for the possibility of defeat at the Supreme Court. For however strong the case you have presented to the Supreme Court, you cannot be a judge in your own cause. That is one of the “awkward”

aspects of the 'Rule of Law'. You do you best and leave it to others to rule in your favour or against you. If it goes against you, you swallow hard and move on. You know that at least, you put your best forward!

It is in that spirit that I congratulate President Mahama, who, in my judgement, is our substantive President ad interim, “until”!