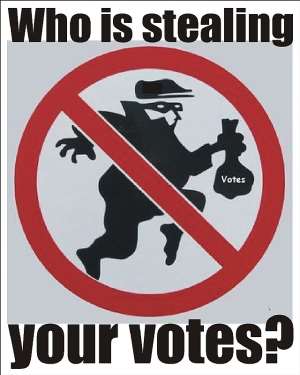 If, as expected, Nana Addo Dankwa, petitions the Supreme Court to challenge the validity of the “election” of John Mahama, as the 4th President of the 4th Republic, the Court will face a momentous question: whether to invalidate Presidential results declared by the Electoral Commissioner (EC)?

For starters, it needs to be emphasized that such a challenge is neither subversive of the Constitution nor alien to democratic countries. As I have discussed elsewhere, election disputes are inevitable by-products of elections and are commonplace, even in the more matured democracies. Most will recall the 2000 Bush v. Gore dispute as to who won the state of Florida and, hence, the USA Presidency (see this link for a discussion of some of the problems our courts have faced in resolving election disputes Do we Have a FIT System to Resolve our Election Disputes?).

The 1992 Constitution anticipates such disputes and makes sufficient provisions for their resolution. Specifically, Article 64 provides that a citizen of Ghana may challenge the validity of the election of the President, provided that such a challenge is mounted within twenty-one (21) days after the EC declares the result. More important, the Constitution is emphatic that the Supreme Court has the power to invalidate the EC's declaration.

It follows that once the writ is filed, the President must stop acting as the President-elect and desist from any and all actions that will be contemptuous of the Court, including, but not limited to, the transition arrangements that he has put in motion.

There are several things that the Court can and must do to ensure that its decision will be understood and accepted by the citizenry.

First, the Court must allow cameras in the courtroom. All the proceedings with respect to this writ must be televised. Allowing citizens to watch the proceedings will make it less likely for them to conclude that the verdict has been stolen from their candidate. Moreover, it deepens the democratic process as citizens get a glimpse of the intersection between law and politics.

Second, all the members of the Supreme Court must sit on this case. This will eliminate any suspicions of court packing. Third, the Court must avoid the deadline blindness. The case must be resolved timeously, taking into account that a runoff, if necessary, must be held on December 28th followed by an inauguration in the first week of January. That means no adjournments and the Court must sit for 10 hours a day, if necessary (no power cuts).

Turning now to the case itself, while it is momentous because of the stakes involved, it is a rather straightforward case that does not involve the consideration of controversial or even interesting constitutional principles.

Fortunately, it is trivial to ascertain the “true state of nature” in this matter by following the audit trail. The results of each constituency can be easily traced to the underlying polling results, both of which are documented and are available to the EC's local officials (polling agents), the political parties and independent candidates. By taking sworn evidence on these results from the parties, it will become readily apparent whether or not the Presidential result, as declared by the EC, is valid or invalid.

Because constituencies submit their results to the EC by facsimile (fax), it is important to highlight that fax transmissions can be intercepted anywhere along the route between caller and receiver, through monitoring of satellite and land-based microwave transmissions and tapping landlines. In fact, one of the easiest ways to perpetrate fraud on auditors is through the use of fax confirmations. As a result, the Court is well advised to be skeptical of any fax-based results.

What the Court should avoid at all cost is the temptation to reason that the EC has already announced the result and it has become a fait accompli. Nor should the Court avoid addressing the issue, under the pretext that there is no time to interrogate the issues raised. There is indeed ample time if the Court refuses to entertain any delays by the parties.

If the Court is able to rise to the occasion, treat the evidence dispassionately, be fair to all parties, give the public access to their proceedings and render a verdict within a reasonable period, not only will its verdict be accepted by all and stand the test of time, it will further cement the democratic credentials of the country.

Finally, everyone must calm down. In an election of this magnitude, it is better to spend time to resolve any doubts than to bury the truth. Both sides dispute the election outcome (CODEO has numbers that disagree with the EC's): using the constitutional-established forum to audit the election outcome is a positive development. It is important to remember that 77,130 votes in the wrong column would have been enough to send the election to a second round. An even bigger misstatement could result in Nana Addo winning the Presidency.

President Mahama and his supporters should welcome this litigation. The judicial audit will strengthen his position and mandate, if indeed he has won. He has nothing to lose if he won.

On the other hand, Nana Addo owes a duty to his over 5 million voters to ensure that only valid votes cast are counted. It will be political malpractice on his part not to bring a lawsuit, given the real doubts that have been raised about the numbers announced by the EC.

The security service must remain neutral in this dispute. It is patently unwise, unfair and unlawful for the service to invade the campaign headquarters of the parties. The world is watching us.

In my mind, a comprehensive audit of the ballots will inure to the benefit of all parties and the country. We did the wise thing by adding an additional day of voting when the EC's hastily implemented verification exercise failed. We must do the same thing by taking our time to get the counting right! At the minimum, we must no longer allow the EC to plunge us into unnecessary experimentation.

Mahama Has No Blueprint To Fulfill His Promises – Sammi Awuk...
12 minutes ago