Govt Bows To US Demands 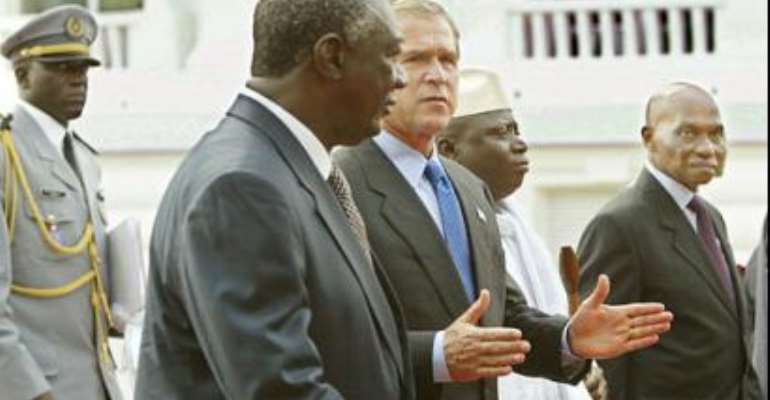 The government has confirmed speculation in the international media that it has secretly signed a Bilateral Non-Surrender Agreement with the United States Government. Under the BNSA, the Ghana government undertakes not to surrender American citizens suspected or accused of war crimes to the International Criminal Court at The Hague for prosecution. The proof came when the Majority Leader, Felix Owusu-Adjapong laid the BNSA agreement before Parliament for ratification on behalf of the Foreign Ministry. According to reports, Parliament must ratify the agreement by Saturday, November 1, 2003 or the US Government will withdraw its military assistance to Ghana. The Speaker, Peter Ala Adjetey referred the laid paper to the Committee on Foreign and Constitutional Affairs as required. It was suggested that the Committee on Defence be included in the consideration of the agreement, which the Speaker agreed. But before the Speaker could end his reference, the Minority members, including their leader were on their feet to catch the eye of the Speaker. Their leader, Alban Bagbin wanted to now the details of the agreement. The Speaker, Peter Ala Adjetey therefore charged the Majority Leader to make copies of the agreement available to members as soon as possible.

The Heritage newspaper last week published a story, which claimed that Ghana has singed the agreement, which many countries including Kenya, South Africa and Mali have refused to sign. Ironically, Mrs Akua Kuenyehia, a Ghanaian is a Justice and Vice President if the International Criminal Court.