Meeting The targets: Are We Doing Better In HIV Than In TB? 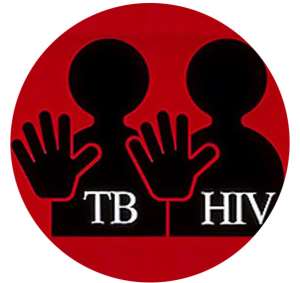 Well, perhaps yes. While talking to Citizen News Service - CNS at the 43rd Union World Conference on Lung Health in Kuala Lumpur Mark Harrington, Executive Director of Treatment Action Group (TAG), wondered why we are doing better in responding to HIV, which was discovered only in 1981 and for which there was no effective treatment until 1996, while we are losing the battle against TB which was discovered in 1882 and the first drugs for it came in 1948.

He rued the fact that we are falling short of meeting the targets for controlling TB and reducing mortality from TB by 50% by 2015 as compared to 1990.”

One reason Mark ascribed for this is that the TB targets were not ambitious enough and set too low and the success rate was lower still. On the other hand, a high target was set to treat 3 million people living with HIV (PLHIV) by 2005 in three years' time, starting from zero. Despite being unrealistically high, these targets were delayed just by two years and 3 million people had been put on treatment by 2007.

Currently there are 8 million (PLHIV on anti- retroviral treatment (ART) worldwide. This number is twice that of people being treated for TB globally-- though the number of people affected by the two diseases is almost similar.

So, while there is a major success story in making HIV treatment accessible to those in need of it, TB continues to be a leading cause of death in PLHIV, who are at 5 times higher risk of getting TB than those who are HIV negative.

According to Mark, “Till 1990 there was no global surveillance for TB, which was integrated in the general health services. Then HIV and MDR-TB came along and the two together reversed all the progress made in the field of TB control since 1940s. Despite the success of Directly Observed Treatment Shortcourse (DOTS), the problem remains because of HIV and MDR-TB.

DOTS does not work for PLHIV as it depends on sputum microscopy and most PLHIV do not have Acid Fast Bacilli (AFB) to cough it out—they have it all over their body but not in their lungs. Also, despite being there for the last 19 years as a good TB control strategy, DOTS has not been able to take care of MDR-TB.

So even today we miss to diagnose cases of TB-- especially of MDR TB. Even the WHO Global Tuberculosis Report 2012, admits that although 9 million were infected with TB last year, only 6 million were detected (and 1.5 million died). Thus 3 million infected were actually lost to us and continue infecting others.”

DENIAL AND IGNORANCE
There is still a lot of denial and ignorance amongst the general population about TB. Also, the National TB Control Programmes in many countries (like India), do not give access to all the people to the right tests and the right drugs at the right time, due to which drug resistance is escalating.

Like in India, the drug sensitivity test is not done on the patients before the start of their TB treatment. So the patients are treated for drug sensitive TB although they may be having MDR-TB, which is either never detected or detected very late (when they fail the 1st line therapy)—by which time they have unwittingly transmitted the disease to several others.

WE NEED A RAPID TB TEST
Mark said to Citizen News Service – CNS that, “In HIV we have a cheap, simple and quick dipstick test and it is 99% accurate. We need something like that for TB too. If we have a rapid test that can detect TB in less than two hours instead of two weeks or two months, then we can detect nearly 100% of the cases.

We have had a beginning in this direction with the GeneXpert but, except for South Africa, the uptake of this test has been slow, perhaps because of its high cost. High burden countries like Russia, China, and India where the TB problem is worst have not shown the will and political commitment to treat different forms of the disease— HIV related TB, MDR TB, extra pulmonary TB, even ordinary TB. I would want all the emerging economies and high TB burden countries to invest more in research for the health of their own populations and TB should be the number one issue for them.”

This has to be stepped up. It is important for all persons with TB (and even those who are to be evaluated for TB) to come forward and embrace the routine offer of HIV counselling and testing.

If found to be HIV positive, these services are an entry point to HIV care and ART that should be available to TB HIV patients as soon as possible, at about 2 weeks, as long as no medical contraindications exist. There is no need for further tests, such as CD4 cell counts, that may delay ART initiation.

There is urgent need for national TB programmes to work with national AIDS programmes and decentralise provision of ART initiation and follow up services. Collaborative TB HIV services can provide a lifeline to patients.”

So we need to be more ambitious, and set the targets really high for 100% detection, 100% care and 100% prevention and aim for 0% TB deaths (even in PLHIV with TB) by 2025, meanwhile ensuring that everyone has access to quality diagnostics and good quality drugs.

She received her editing training in Singapore, has worked earlier with State Planning Institute, UP and taught physics at India's prestigious Loreto Convent. She also authored a book on childhood TB (2012), co-authored a book (translated in three languages) "Voices from the field on childhood pneumonia" and a report on Hepatitis C and HIV treatment access issues in 2011. Email: [email protected], website: http://www.citizen-news.org)