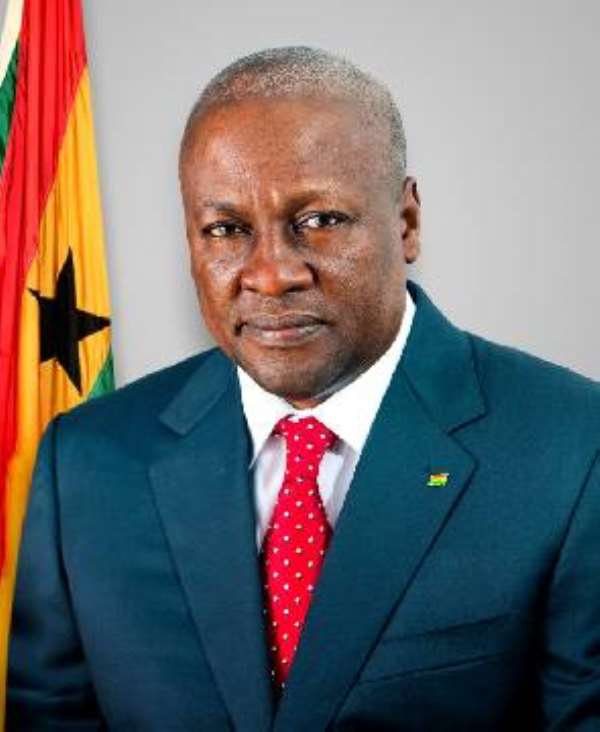 According to President Mahama the National Democratic Congress (NDC) Government has, within the last four years, established seven nursing training colleges throughout the country.

At Winneba in the Central Region, when President Mahama inaugurated an 18.7 million euro Trauma and Accident Health Facility he said number of health assistant schools have also been established to step up the number of professionals in the health facilities.

The said facility was constructed with a 12million euro loan facility and a 7million euro grant from the Government of the Netherlands.

The establishment of more nursing training colleges and health assistant schools was to train more professionals to run the numerous health facilities that had over the years lacked qualified personnel, he said.

Mr. President!, now you have managed to acquire loans, you have established nursing training colleges, nurses are trained and now we have professional nurses for our health facilities. VERY GOOD!

BUT! Mr. President, what has happened to the (non-functional) National Health Insurance Scheme, where is it?

What is the essence in all the health facilities you have established, if the Ghanaian people who are told of a free National health care must still pay huge amount of money including bribes for their health care?

Now, to your nursing training students in the country who are not regularly paid their salaries, let's go on to read about what happened to your Vice-President when he was trying to throw dust in Kumasi at the KATH.

Some agitated-looking nursing training students, welcomed the Veep to the hospital with a hurriedly organised massive demonstration which hit the vice-president Arthur and his aides hard.

The nursing students, who were disappointed shouted on top of their voices that “the government should see to necessitate their unpaid arrears and also donate some of the government's free distributed laptops to us.”

They bemoaned over the government's cold altitude towards their concerns, especially their welfare, which will compare them to hit the streets in large numbers soon if the government should continue to neglect them.

Osagyefo Dr. Kwame Nkrumah said, "Independence of Ghana, Yes! but if meaningful, then it must be linked with a complete liberated network with all the African countries."

In a nutshell, Mr. President Mahama, what is the positive sense in your "input" (investments) for the health of the Ghanaian people in general, if the health system(NHIS) itself is NOT PROPERLY FUNCTIONING and you establish hundreds of training colleges across the country to train professional nurses WHO ARE NOT PAID THEIR MONTHLY SALARIES ?

It will all amount to CORRUPTION within the health system in the country, which in reality is currently prevailing throughout the country. "Everywhere you Go..."

It is mathematically calculated as +1(-2)= The answer is simple, it will be negative and equate to the money (loans) wasted on establishing the health facilities and training the nurses.

Ghanaian people are suffering from the bad economic system in the country and the government keeps on uncontrolled wasting money for nothing.