Tuberculosis Control: Are We On Our Way? 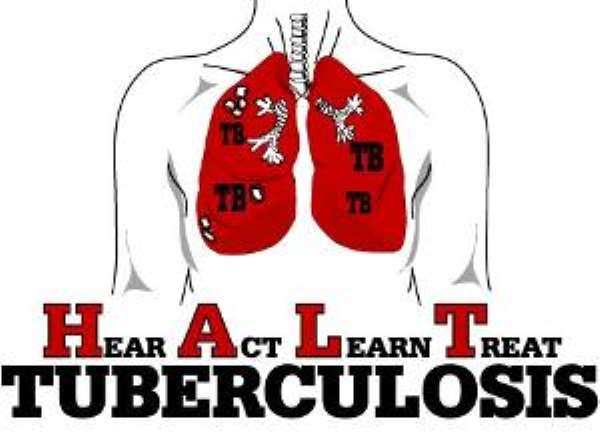 Dr Nils E Billo, has been Executive Director of the International Union Against Tuberculosis and Lung Disease (The Union) since 1992 when it was a very small organization with just about a dozen staff and consultants, who focused on tuberculosis. During this long stint, spanning over two decades, Dr Billo has been instrumental in helping the Union grow from strength to strength—from a fledging federation to a leading international health organisation, with more than 10,000 members in 152 countries, and some 300 staff and consultants working from Paris and other offices in 11 countries. The Union's mandate has expanded and gone beyond tuberculosis and lung disease to include other public health issues as well, such as child lung health, HIV/AIDS, the pandemic of diseases caused by tobacco use and the rise of non-communicable diseases (NCDs). In this interview, given exclusively to Citizen News Service - CNS at the 43rd Union World Conference on Lung Health, Dr Billo talks about what has changed in the world of TB over this period of twenty years, and the current problems impeding efforts to eradicate this dreaded disease which, despite being curable, takes a huge toll of human lives.

Dr Billo: It was around 1992 that the Union's model (later modified and introduced by the WHO as the DOTS—Directly Observed Treatment Shortcourse-- strategy) presented a unique opportunity for TB control. Since then, we have made very positive expansion strides and are indeed much better off now than before. Many countries are now using good quality DOTS which has improved the TB situation in their regions. We now have the Global Fund to fight AIDS, Tuberculosis and Malaria (The Global Fund) and the Global Drug Facility that have helped in a big way to really get the TB drugs to the countries. TB incidence is coming down in certain parts of the world as a result of better management of the disease by putting new tools in place. These are very positive indications.

Nevertheless a lot remains to be done. We are faced with the menace of multidrug resistant TB (MDR-TB) which is a manmade problem that needs to be tackled as well. I think that unfortunately in some areas we have not being doing the best possible work of controlling Drug Sensitive TB (DS TB), because of which MDR-TB, and also extensively drug-resistant TB (XDR-TB), have risen. But we should not make the mistake of putting all our attention and emphasis on MDR-TB and forget to work on DS-TB. We still need to remember that in order to avoid manmade MDR-TB, we need to control basic or drug susceptible TB. We have to reinforce, improve and consolidate good management practices for basic TB control; avoid drug stock out and make sure that everybody is treated and cured and does not develop MDR-TB.

Would you suggest any changes in the way DOTS is being implemented in some countries?

Dr Billo: In India, the Revised National TB Control Programme (RNTCP) has made enormous progress and done a very good job. Nevertheless, India has a large and influential private sector which treats about 40%-50% of the TB patients in the country. Collaboration with this sector needs to be strengthened so that there are no loopholes in the system. So, involving civil society and communities, along with the private sector in the national TB control programme is critical to doing a much better job on TB control in India and other high burden countries.

Is lack of community activism in TB slowing down the pace of TB control, prevention and treatment access?

Dr Billo: In TB unfortunately we do not see the kind of community activism we see in AIDS that was very successful in stimulating research and investment commitment from large donors, including support from the Global Fund. The reason for this is that still a lot of stigma is attached to TB in many countries, including India. I believe that AIDS is more accepted than TB and in some cases I have heard that one would prefer to have AIDS than TB. This is a very paradoxical statement to hear, but it is probably the reality in some of the countries. So we really have to put all our efforts to help activists to be more vocal so that they can push more for better management of the disease like what is being done in AIDS control.

Is this because TB affects the poor people more and AIDS activism started in the rich countries like the US?

Dr Billo: It is certainly true that AIDS affected many rich countries at the beginning of the epidemic and a lot many vocal groups there were able to push very hard for investment in AIDS related work. TB mostly affects the poor and low income countries. So most of the affected communities have to deal with day to day survival and activism is not on their mind. The Union believes that involving the communities is very important and would be glad to facilitate the work of the activists. But this needs support funding too which has to come from some big donors. We are trying to involve the communities in our Axshya project in India. That's the kind of community participation we need and activists can help in that.

What is the role of media? Should it be more proactive?

Dr Billo: This is very important. We hear the media at the most on World TB Day and around conferences, but not otherwise, and TB rarely makes headline news. Media must raise the profile of TB in a sustained manner and help in creating awareness on treatment literacy and TB care and control. We also need to make sure that we involve our AIDS colleagues more so that they make a case of TB, as TB is still one of the most opportunistic infections for people living with HIV. This could help to raise the profile and awareness about TB.

Dr Billo: As we move into the post 2015 Global Plan to Stop TB, I feel that we should have ambitious targets but they should also be realistic. We need to be aware that we will not be able to solve the problem of the TB epidemic with treatment alone. What we really need in the first place is a very good vaccine which can help reduce the TB epidemic in a really rapid and drastic way. But that will take some time to come. All the other things like better diagnostics and new drugs are very important and we need to push for better treatment but ultimately it is a good vaccine that can really help us to reduce the burden of TB substantially. But that will take some time to come. There are promising prospects with many vaccine candidates in the pipeline, but we may have to wait for another 5-10 years before we get a good vaccine. Meanwhile, we need to be more innovative to use the existing tools properly and not indiscriminately, because, despite their utility, they cannot be used in all settings.

There are exciting new prospects, and possibilities to treat MDR-TB with shorter duration regimens (down to 9 months from the existing 24 months therapy) have shown promising results. We are working on clinical studies for these shorter regimens for MDR-TB and once the results are available we can underpin this 9 month regimen for MDR-TB. We need to be very proactive and keep on going forward. We need to involve community activists much more to create better awareness about TB. We should not forget that adequate funding must be there to promote research for better point of care diagnostics, better regimens and development of new vaccines. We also have to convince one or the other pharmaceutical companies to produce child friendly formulations which would be very useful in paediatric TB treatment.

Shobha Shukla - CNS
(The author is the Managing Editor of Citizen News Service - CNS. She provided on-site issue-based coverage from the 43rd Union World Conference on Lung Health with kind support from the Lilly MDR TB Partnership and Global Alliance for TB Drug Development (TB Alliance). She is a J2J Fellow of National Press Foundation (NPF) USA. She received her editing training in Singapore, has worked earlier with State Planning Institute, UP and taught physics at India's prestigious Loreto Convent. She also authored a book on childhood TB (2012), co-authored a book (translated in three languages) "Voices from the field on childhood pneumonia" and a report on Hepatitis C and HIV treatment access issues in 2011. Email: [email protected], website: http://www.citizen-news.org)