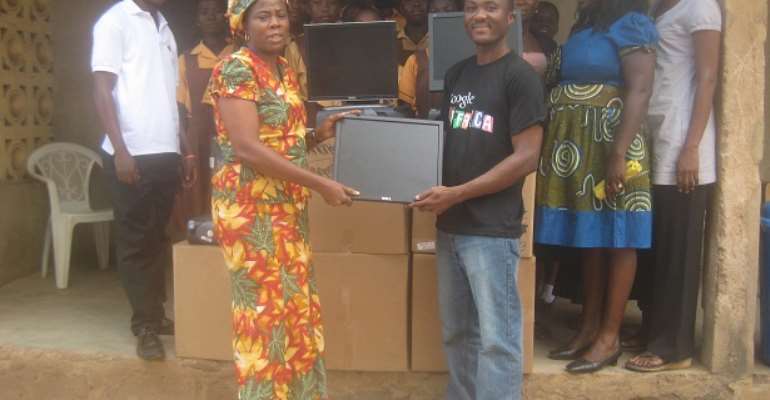 Africa ICT Right (AIR), an ICT-oriented non-profit organization, has donated 10 computers valued at $2,500 to Madina Demonstration School in the Madina.

Presenting the items to the schools, the Executive Director of AIR, Mr. Daniel Kwaku Ganyoame noted that the donation was made possible by Computer Reach, a humanitarian organization based in US.

He said that, his outfit's motivation stemmed from the fact that they want to help bridge the digital gap in Ghana by providing computers, training and support to undeserved schools and communities as well as promote the use of free open source software.

The computers come with Ubuntu Linux software which has about 24 educational packages installed including Wikipedia for kids to learn with and widen their knowledge scope.

He also said that over 315 students from this school will to benefiting from these donated computers and plead with the school to put these computers to good use.

Mrs. Philomena Coleman, who received the computers on behalf of the headmistress, thanked AIR for their generous gesture and promised to put the computers to good use to promote effective teaching and learning of ICT in the schools.