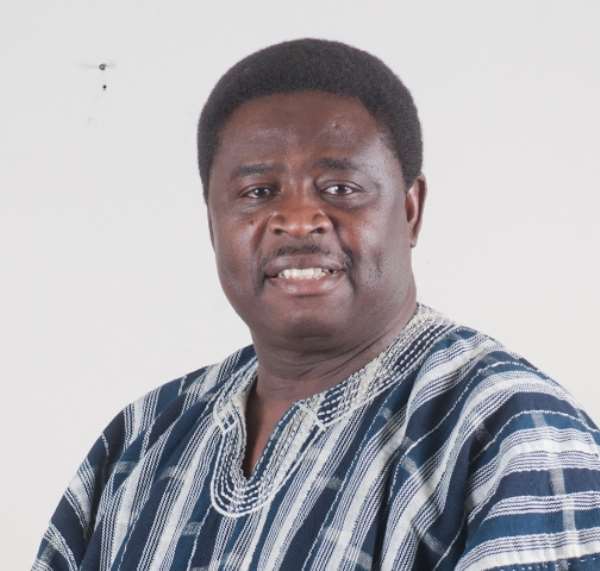 Who cares what the government is doing today in an election season? We in the CPP are more interested in what has been done to better the lives of the people and not what is being planned or being done. We have heard that before, already in 2008. The essence of an election is to give approval to what has been done that improves the quality of life.

I am reacting to comments made recently by one Dr. Kpessah-Whyte a research fellow at the University of Ghana on myjoyonline.com to the effect that the opposition candidates were only reiterating what the president was already doing at the recent IEA debates.

It is quite true that between Nana Ado and John Dramani Mahama the president was better qualified in the debate. That notwithstanding Dr. Sakara was on top of issues and came up best among the three. This is an undeniable fact. His analysis was in-depth, concise, real, understandable and achievable. He was all round, energetic and sure about his pronouncements. You could see he was honest and meant what he said. He won the two debates!

It is forgivable when illiterates bend the truth, infiltrate government to steal and plunder what rightfully belongs to the less fortunate in society; they have no brains and do not understand the dynamics of solidarity and the concept of sharing in a nation that pride itself to have 'one destiny' preached by our forbears.

What is worrying is when individuals the society has educated to the highest level thinkable turn bankrupt intellectually and mislead in the presentation of facts that are critical in a social discourse. Many intellectuals have fallen into this trap due to the short term desire to satisfy the stomach.

According to Dr. Kpessah-Whyte, the debate did not give him “a sense that the opposition candidates clearly prepared with an alternative to sell to Ghanaians”.

He said the opposition candidates failed to provide alternatives to the policies espoused by incumbent President Mahama who also doubles as the NDC's candidate. That what he saw at the IEA debate was that invariably many of the things that they (the opposition candidates) were suggesting, whenever it gets to the President's turn he makes it clear that this is being done already, we are in the process of this, the legislation is in place, this is being implemented already…so you ask yourself what's the point in replacing the person who is there, if what the others want to do is basically what he is doing?”

Well Dr. Kpessah-White you have said enough; we still have youth unemployment and an entire generation of our population may not experience a working life as there are no jobs. What is worrying is that many finish our higher school of learning and universities and cannot find jobs. Politics and lies become the utmost route to success. What about that?

The filth, dirt and pollution in our cities make any thinking being sick let alone to talk about the noise of superstitious charlatans calling themselves Gods chosen ones. There is no truth today and our society is indeed very sick because we have too many educated fools with quick money on their minds that refuse to call to order the cacophony in our society. Intellectuals are abdicating their duties so crooks can have a field day around us. What do you say about that?

Our towns and villages are dying for lack of investments, renovations and imbursements. Every job that brings a livelihood is situated around the seat of government and is handed out. The central government has hi-jacked all funds and is sharing them to whom it pleases based on discretion.

With Nana Ado the NPP candidate the situation is worse. There is countless number of Ghanaian children today who will never have the luxury of attending a day care or nursery due to its non-availability or affordability.

And for those who have been fortunate to go to class one in the villages, you must count your stars and forget that your classrooms are dusty and lack renovation. At times you have to bring with you chairs from home to sit on. You don't matter now in this debate because you can't vote.

Common sense! How can you leave the foundation of the house porous to concentrate on its decoration? That is Nana Ado's mantra, 'Free SHS' and yet, you find many intellectuals hailing this idea without scrutiny?! This man is going to destroy our educational system and everybody is sitting by watching because of stomach politics? The CPP is mother to free education but it believes in free compulsory and quality education starting from basic levels like the kindergarten, and as an important first step that must be in place before any other.

Like Sodom and Gomorrah Ghana needs a few dedicated wise men and Dr Abu Sakara has shown the way. He surely has brought the pride back to Ghanaians rekindling the hope that we will surely get there as a nation. It is up to you and me to believe in the truth and help it to grow or corrupt it. We don't believe in the stomach, we trust in the future, thank you Dr. Sakara, Gods speed!

Police smoke out Shatta Wale, handcuff him for faking gun at...
33 minutes ago